daily news
US, Russia don’t have much time for arms control talks - Pentagon
Will Biden save Pashinian from trouble?
Turkey condemns terror attack in Mali
Iranian, Iraqi FMs to hold talks in Tehran
Azerbaijan diaspora in London commemorate Khojaly tragedy - PHOTOS
Armenia will not be allowed to violate the agreements on Karabakh
Woman in Istanbul throws four kids from building’s window to... - VIDEO
Iran suspected of limpet mine attack on Israeli ship in Gulf of Oman
﻿

Scientists share images of gorgeous meteoroid explosion on the surface of Jupiter
Read: 1874

Russian Su-34 fighter-bomber with a series of strikes in Idlib, Syria
Read: 1038

NASA's Webb telescope will capture more stars at higher resolution - What that means for astronomy
Read: 490

What is an attitude of Armenians to making Russian second official language in Karabakh? - Expert comments
Read: 469 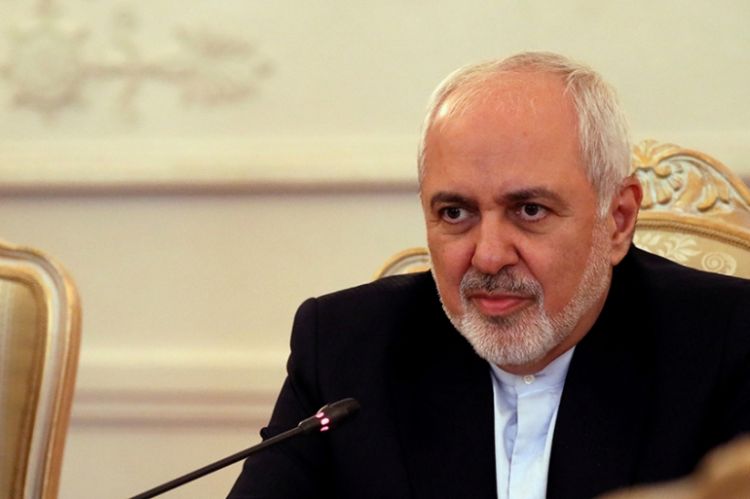 “I plan to travel to the Caucasus and Russia. I usually do not announce, but I think the dates of trips to Azerbaijan, Russia, Armenia and Georgia have been set,” said Zarif.

“We are also in talks with Turkey. Last night, I had a good telephone conversation with Turkish Foreign Minister Mevlut Cavusoglu,” he added.

“I intend to travel to countries that can work together to help the Nagorno-Karabakh crisis and the situation of peace and stability in the region,” the Iranian FM noted.

The Iranian and Russian foreign ministers are expected to continue exchanging views on international issues including the situation around Nagorno-Karabakh and also Joint Comprehensive Plan of Action (JCPOA) as well as the situation in Syria, Afghanistan, and the Persian Gulf region, she added.