Apophis meteor will gently pass by Earth tonight - experts warn it could collide with our planet in future
Read: 5928

Not a single Armenian will live in Karabakh - Time is in our favour
Read: 311

Egypt understands that it is impossible to isolate Turkey in Eastern Mediterranean - Expert
Read: 281

Iranian FM Zarif arrived in Azerbaijan for an official visit 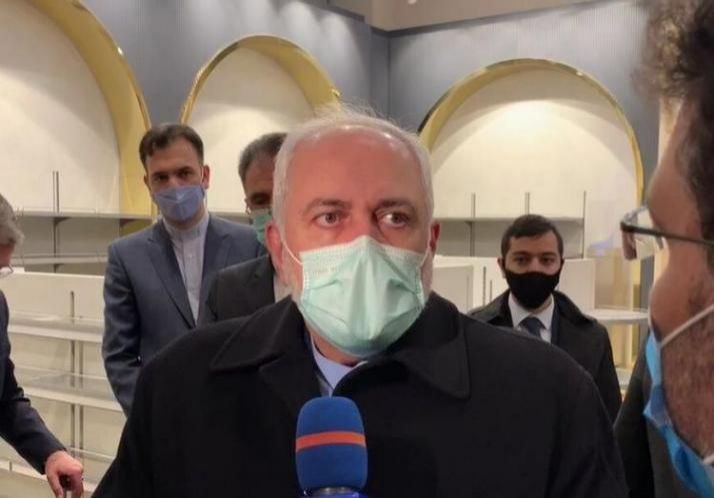 Iranian Foreign Minister Javad Zarif arrived in Azerbaijan this evening for an official visit.
According to Eurasia Diary, Zarif told reporters at the airport that he was pleased with the visit to the brother country of the Republic of Azerbaijan.
Zarif expressed his happiness for liberation of Azerbaijani lands.
He also announced the main areas to be discussed during the visit: “The main topic of discussion is regional cooperation in the Caucasus region. This is very important for us. The Islamic Republic of Iran prefers close bilateral relations with countries in the region.
According to the Iranian Foreign Minister, tomorrow there will be talks with Azerbaijani officials on the situation in Nagorno-Karabakh, cooperation and reconstruction in the liberated territories, as well as security issues.
Zarif also commented on the return of Azerbaijani IDPs to their liberated homeland. He noted that this issue will also be discussed at the negotiating table: "During the visit, issues related to the North-South and South-West corridors will also be touched upon."
The Iranian diplomat added that after his visit to Azerbaijan, he will visit Russia, Armenia, Georgia and Turkey in the coming days.