daily news
Iranian, Iraqi FMs to hold talks in Tehran
Azerbaijan diaspora in London commemorate Khojaly tragedy - PHOTOS
Armenia will not be allowed to violate the agreements on Karabakh
Woman in Istanbul throws four kids from building’s window to... - VIDEO
Iran suspected of limpet mine attack on Israeli ship in Gulf of Oman
Russia may have triggered the coup attempt in Yerevan - Exclusive interview
NASA is perplexed - Mysterious stripes spotted over Russia in satellite images
Comet-like Centaur spotted by Hubble near Jupiter’s Trojans
﻿

Scientists share images of gorgeous meteoroid explosion on the surface of Jupiter
Read: 1861

Russian Su-34 fighter-bomber with a series of strikes in Idlib, Syria
Read: 1028

What is an attitude of Armenians to making Russian second official language in Karabakh? - Expert comments
Read: 463

Trilateral statement by leaders of Russia, Azerbaijan and Armenia being consistently implemented 16:27, 27.01.2021 - Putin 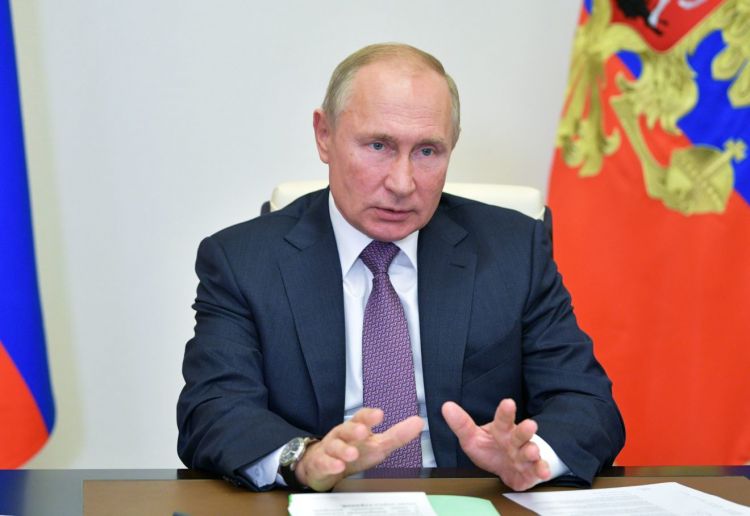 The trilateral statement on the Nagorno-Karabakh issue that was signed by the leaders of Russia, Azerbaijan and Armenia in November 2020 is being consistently implemented. This is what President of the Russian Federation Vladimir Putin said via a video call during Davos Week, TASS reported.

According to him, Moscow actively made mediation efforts to stop the armed conflict in Nagorno-Karabakh. As is known, in November, the leaders of Russia, Azerbaijan and Armenia signed a trilateral statement. The important thing is that, for the most part, it is being implemented consistently,” Putin stated, adding that the leaders succeeded in stopping the bloodshed and that the most important thing is that the leader succeeded in achieving complete cessation of fire and the launch of the process of stabilization.