Apophis meteor will gently pass by Earth tonight - experts warn it could collide with our planet in future
Read: 4217

Not a single Armenian will live in Karabakh - Time is in our favour
Read: 278 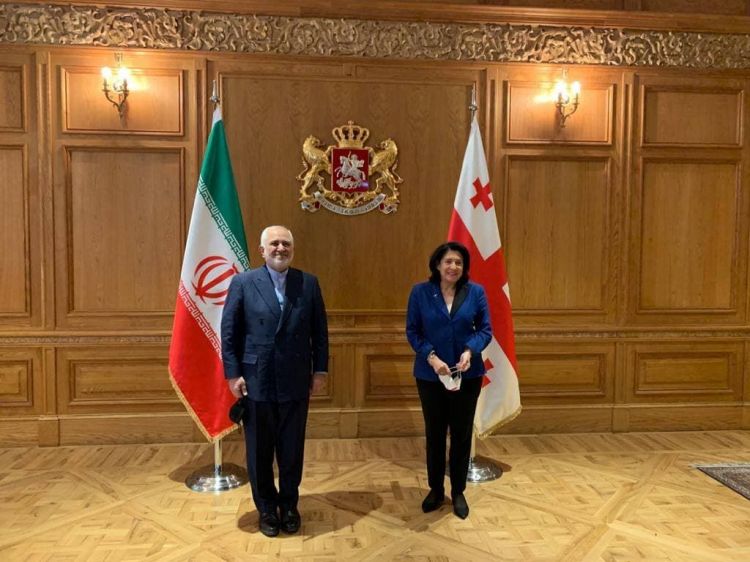 The meeting took place as part of Zarif’s visit to Georgia which was the fourth leg of his regional tour which has already took him to Azerbaijan, Russia and Armenia.
The Iranian foreign minister arrived in the Georgian capital earlier Thursday.
Zarif has said that his regional tour aims to help de-escalate regional tensions and increase cooperation with neighboring countries.
Zarif added the region has gone through difficult times, stressing the need for maintaining peace in the region as well. He called for cooperation to make sure that there is no more war and conflict in the region anymore.

The Iranian foreign minister added that he will meet with Georgian officials to discuss bilateral relations. He further hailed long-standing bilateral relations between Iran and Georgia stressing that there are many areas for cooperation with Tbilisi, especially in the field of transit. “I had good conversations about this in the previous visits,” the minister added.

"We need to talk about regional cooperation with the Georgian officials," he said, adding “We know the sensitivities of our friends in Georgia towards some other countries in the region and we try to use a regional framework to cooperate and de-escalate the tensions.”

Zarif went on to say, "I hope that, given the new international conditions, we will be able to remove or reduce the barriers to bilateral cooperation in talks with the Georgian officials and move towards more cooperation between the two countries. In connection with the South-West corridor, about which we also discussed with both Azerbaijan and Armenia, it crosses and ends in Georgia and the Black Sea.”