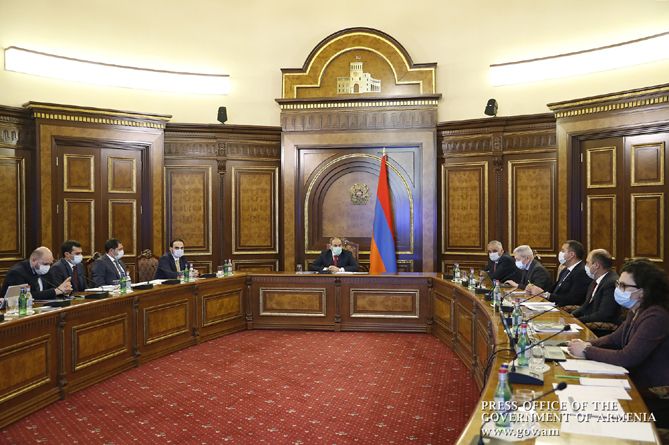 Prime Minister Nikol Pashinyan described today Russia as Armenia's number one security partner and announced plans to expand military-technical cooperation with Moscow.
Speaking at a government meeting, Pashinyan said that point 8 of a roadmap he unveiled on November 18, 2020, calls for a major reform of the country's armed forces.
'In recent years, intensive discussions have been held on this issue, certain preliminary results have been achieved and an agenda has been formed - how and in what format should we reform our armed forces,' he said.
The prime minister said that today he will sign a decision on the creation of a working group to be headed by the minister of defense that will draw up a timetable for the implementation of reform.
“I would like to emphasize that in this process we plan to establish closer cooperation with our N1 security partner, Russia, and we are confident that as a result of this process, cooperation will become more productive in the field of security and military-technical cooperation,” said Pashinyan.
In an interview with the 1in.am news site earlier this week, Pashinyan responded to former president Serzh Sargsyan's allegation that Russian-manufactured Iskander missiles were not used against advancing Azerbaijani troops in last year's 44-day war due to wrong orders.
“One should ask Sargsyan why the fired Iskander did not explode or why it exploded by, say, 10 percent,” Pashinyan said, suggesting that the sophisticated missile system might be outdated.
Pashinyan's words caused anger and strong criticism among  Russian politicians and experts. In particular, the deputy chairman of a parliament committee on defense issues Viktor Zavarzin said that the Iskander is a highly precise weapon, which has repeatedly been proved during military exercises.
'What Pashinyan said about the missile is a “complete lie,” Zavarzin told the Govorit Moskva radio station.