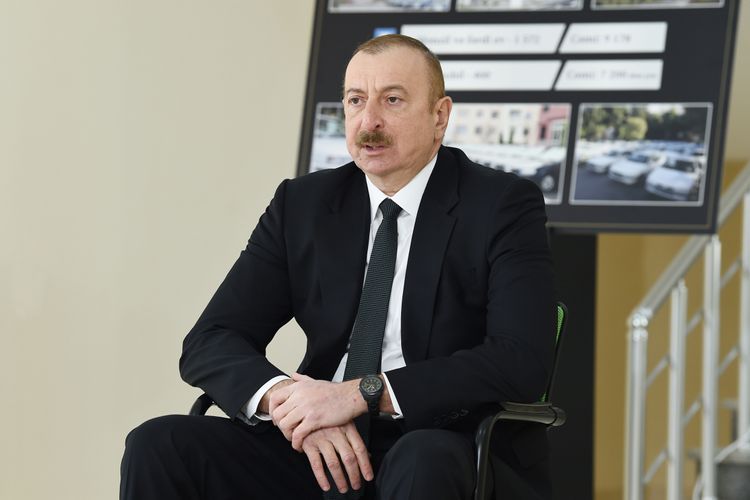 "I heard a few days ago that now their allies want to revive the Armenian army, to modernise them. Why? Against whom? ”

Eurasia Diary reports citing APA that President Ilham Aliyev said this at a meeting with members of martyrs' families and war veterans.

President Ilham Aliyev stated that the war was over: “If someone lives with revanchist ideas, they will see this fist, it is ready and they should not test our patience. The Armenian army is over, it is not and should not be. There should be no army in such a fascist state. We will never allow any threat to us again, or our citizens who will return to the liberated lands to feel any risk."

The head of state added that all works are under his control.

“We will continue to strengthen our army. New contracts have been signed, the most modern weapons are being purchased, and they are already being imported. Any modern weapons in the world have already been contracted and will be delivered to Azerbaijan. The war also raised questions about the future of the army. The reforms will lead to a more agile, more equipped and more capable army. ”