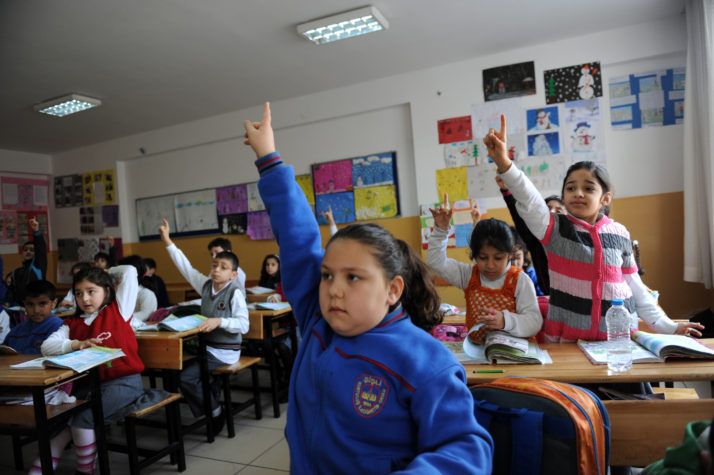 Turkey’s Ambassador to Doha Mehmet Mustafa Goksu said he discussed with Rector of Qatar University Hassan Rashid Al-Derham on ways of strengthening cooperation in education between the two countries.
Speaking to Anadolu Agency, Goksu noted that cooperation in education is a testament to the growing bilateral cooperation in all fields.
Following talks with Al-Derham, Goksu said the university administration will grant 30 scholarships to Turkish students “to study all disciplines in Arabic.”
"Applying for scholarships and organizing bringing students will be in cooperation with the Turkish Maarif Foundation," Goksu explained, adding that the agreement was supported by the Emir of Qatar Sheikh Tamim bin Hamad Al Thani.
The ambassador also said talks with the private Lusail University are ongoing to provide scholarships for Turkish students to study law there.
Building bridges
For his part, Al-Derham expressed his university’s readiness to play a role in “the continuity of relations of friendship, brotherhood, and bilateral cooperation between Qatar and brotherly Turkey in all fields."
The scholarships are in line with the university’s vision of promoting the learning of Arabic among international students and Turkish students will be able to commence their studies in the upcoming 2021/2022 academic year, he noted.
The university rector said “the cultural and scientific cooperation remains below the desired level” unlike cooperation in other fields such as commercial and military, hoping that the scholarship program will “strengthen the bonds of cultural cooperation” and also “build bridges of relations" between the peoples.
Investing in people
Echoing Al-Derham’s remarks, the chairperson of the Turkish Maarif Foundation Birol Akgun told Anadolu Agency that deepening cooperation in culture and education “plays a decisive role in the security and peace of the region.”
Akgun noted that Ambassador Goksu has facilitated meetings between the foundation and Qatari universities for talks on cooperation in education.
He pointed out that Maarif is growing rapidly with 332 schools, one university, and 12 educational centers, boasting more than 40,000 students in 43 countries.
“Investing in people”, Akgun said, is “the most strategic” and impactful cooperation in the long run for “multi-faceted relations between Turkey and the Arab world."
Turkey established the Maarif Foundation in 2016 to take over the administration of overseas schools previously linked to the Fetullah Terrorist Organization (FETO) -- a group behind the 2016 defeated coup in Turkey.
The foundation aims to develop Turkey's international education arena, enhance cultural and civilizational interaction, and pave the way for achieving common well-being.
In December last year, Qatari Ambassador to Turkey Salem bin Mubarak Al Shafi pointed to the need for taking “exceptional” relations between Qatar and Turkey beyond “strategic, political, economic, and defense aspects” to include brotherly and supportive relations between the peoples as well.