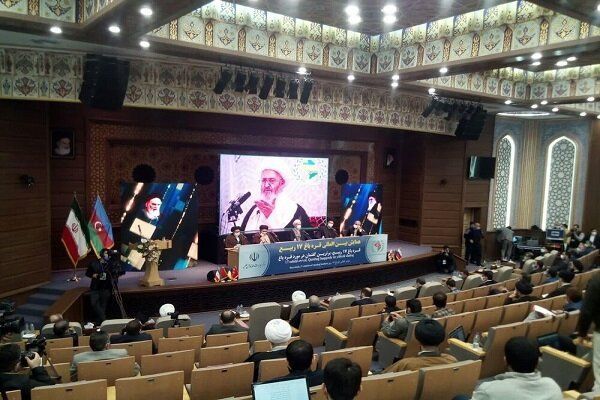 Yesterday, the international conference about the Nagorno-Karabakh conflict was held in the central city of Qom. Iranian and international experts from the Republic of Azerbaijan and the Caucasus region, Turkey, Ukraine, Russia, and Belarus participated in the event.

The conference was held after Leader of the Islamic Revolution Ayatollah Khamenei highlighted to some points regarding the Karabakh area, namely, the need to liberate Azerbaijan territories, preserve the security of Armenians, and respect international borders.

The statement adopted in the international conference about Karabakh supports the territorial integrity and sovereignty of the Republic of Azerbaijan. It is noted in the statement that the act of the government and people of Azerbaijan to liberate their territories was legitimate and it was in line with the UN Security Council resolutions.

The participants of the conference also emphasized that regional security and peace should not be realized through through  taking refuge in foreign forces.