Mohammed bin Abdurrahman Al-Thani has traveled to Cairo for Arab League meeting, according to local media 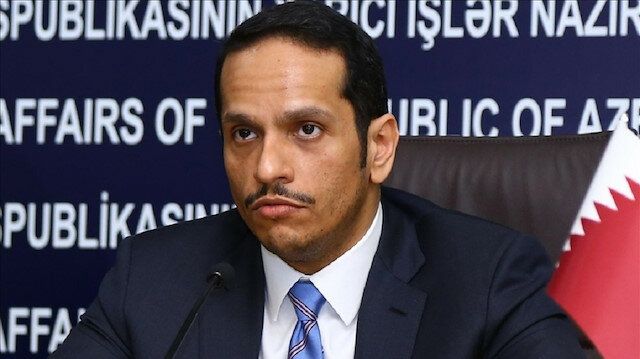 Qatar’s Foreign Minister Mohammed bin Abdurrahman Al-Thani has traveled to Egypt's capital to attend an Arab League meeting, Egyptian media reported Tuesday.
Qatar's State Minister for Foreign Affairs Sultan bin Saad Al Muraikhi arrived in Cairo before Al-Thani.
No statement has been issued by Qatar regarding Al-Thani's visit, which is his first to Cairo since a blockade by four Arab countries was imposed on Qatar in 2017.
During the foreign ministers’ meeting at the Arab League, the latest developments in Palestine will be discussed and the chairmanship of the meeting will be transferred from Egypt to Qatar.
Saudi Arabia, the United Arab Emirates, Bahrain and Egypt signed a reconciliation deal with Qatar during a Gulf Cooperation Council summit on Jan. 5 this year to end a more than three-year feud.
The four countries severed diplomatic and trade relations with Qatar in 2017, accusing Doha of supporting terrorism.
Qatar vehemently denied the accusation, saying the land, sea and air blockade was an attempt to infringe on its sovereignty.