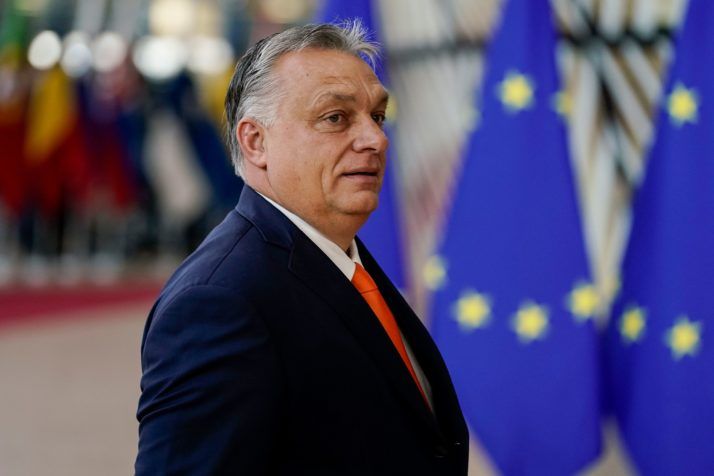 "I hereby inform you that Fidesz MEPs resign their membership in the EPP group," Orban said in a letter to EPP group leader Manfred Weber, posted on Twitter by one of Orban's ministers.

The decision to quit came immediately after the EPP voted for a change in its rules that was billed as a way to expel Orban's hardline nationalist party from their ranks.

Hungary's PM Viktor Orban has now informed the EPP (biggest group in the EU parliament) he'll be taking his #Fidesz party and its 12 MEPs out of the group https://t.co/h5hKrXkF99

he conservative bloc had backed by 148 members to 28 a measure that would allow them in future to vote to suspend or dismiss an entire national party delegation.
Orban accused the EPP of "trying to mute and disable our democratically elected MEPs" and called the vote "a hostile move against Fidesz and our voters", as well as "anti-democratic, unjust and unacceptable".
The EPP, which brings together Europe's main centre-right parties, is the biggest single voting bloc in the European Parliament and the party of both Ursula von der Leyen, the president of the European Commission, and Germany's Chancellor Angela Merkel.
The departure of the Fidesz group ends years of rancour between EPP parties over whether to kick out Orban's party or keep its MEPs on board in the centre-right grouping to avoid them siding with eurosceptic populists.