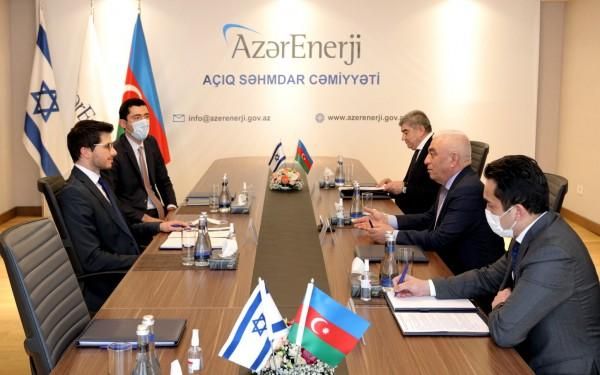 During the meeting held on March 3, the sides discussed energy projects in Azerbaijan’s newly-liberated territories and foreign investors’ interest in these projects.

They recalled the Israeli ambassador’s visits to Ganja and Mingachevir cities after Armenia’s missile attacks there during the 44-day Second Karabakh War last year, as well as his visit to Mingachevir power plant, one of the largest thermal power plants in the Caucasus, that was also targeted by Armenia.

Israel was among the first countries to voice support over Azerbaijan’s just position and its territorial integrity during the 44-day Second Karabakh War. Israeli Intelligence Minister Eli Cohen earlier described Azerbaijan as an important geopolitical and geostrategic partner of his country.

The trade turnover between Azerbaijan and Israel amounted to $465.7 million in 2020.