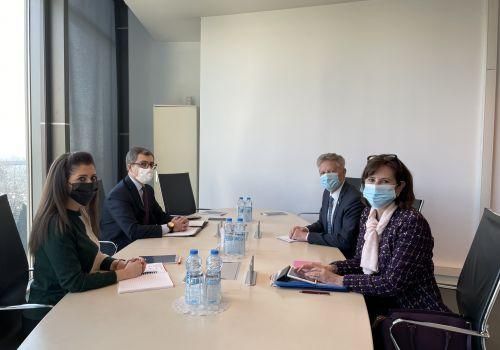 During the meeting held on March 4, Abdullayev briefed the ambassador on the favourable business and investment environment created in Azerbaijan. He noted the work done to diversify the economy, promotion of the “Made in Azerbaijan” brand abroad and expansion of export geography.

In turn, the ambassador underlined the importance of developing bilateral relations between the two countries and shared his views on this issue.

Earlier Abdullayev said that increasing foreign investments and developing new concepts to expand the geography of Azerbaijan’s exports will be among AZPROMO’s priorities in 2021.

AZPROMO is a joint public-private initiative, established by the Azerbaijani Economy Ministry in 2003 with the aim to contribute to economic development through attracting foreign investments and stimulating exports in the non-oil sector.