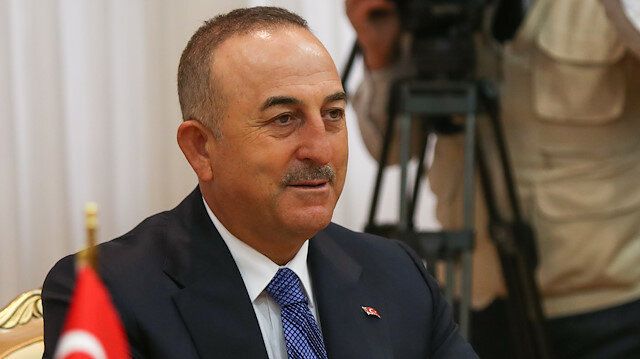 There is potential for cooperation between Turkey, Turkmenistan and other countries in the region on energy, economic relations, transportation and logistics, Turkey's foreign minister said on Saturday, Eurasia Diary reports citing Yeni Safak.

"Having perfect political relations is not enough. There is potential for cooperation between the two countries and the other countries in the region on other important issues such as energy, economic relations, transport, and logistics. We will work harder to actualize this potential cooperation," Mevlut Cavusoglu said following a meeting with his Turkmen counterpart Rashid Memedov in the capital Ashgabat.

He also noted that they also discussed Erdogan’s possible visit to Turkmenistan in the meeting, adding that a bilateral summit will be held this June or July.

The Turkish foreign minister said they plan to set up a Turkey-Turkmenistan-Azerbaijan summit soon.

"Important agreements will also be signed at these summits. Therefore, we will further strengthen the legal infrastructure of our relations," he added.

Cavusoglu said that Turkmenistan was handed over the chairmanship of the 10-nation Economic Cooperation Organization (ECO) Council of Ministers.

"We will also hold the ECO Summit in Turkmenistan on Nov. 28," he added.

The Council of Ministers is the highest policy and decision-making body of ECO and meets in regular, informal or extraordinary sessions.

Established as Regional Cooperation for Development in 1964 by Iran, Pakistan and Turkey, the organization was renamed as ECO in 1985, according to its website.

Cavusoglu stated that they plan to take the term presidency from Azerbaijan by holding the Summit of Turkic Council this year.

Noting that they will have many meetings with Turkmenistan this year, Cavusoglu said, "We are working to make these meetings productive.”

Cavusoglu also stated in the meeting with President Berdimuhamedov, they discussed bilateral relations, transportation and logistics.