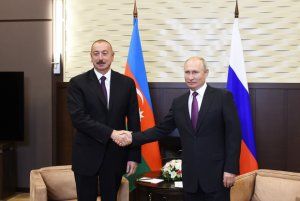 According to Azeri Daily, Discussions continued on the situation around Nagorno-Karabakh, its further stabilisation in accordance with the Statements of the leaders of Russia, Azerbaijan and Armenia dated 9 November 2020 and 11 January 2021. In particular, the issues of ensuring peace, security and progressive socio-economic development of the region, as well as the progress of work on the restoration of transport communications, were substantively considered.

At the same time, the results of the Russian-Armenian summit talks held on 7 April in Moscow were taken into account.

It was agreed to activate contacts in various formats.