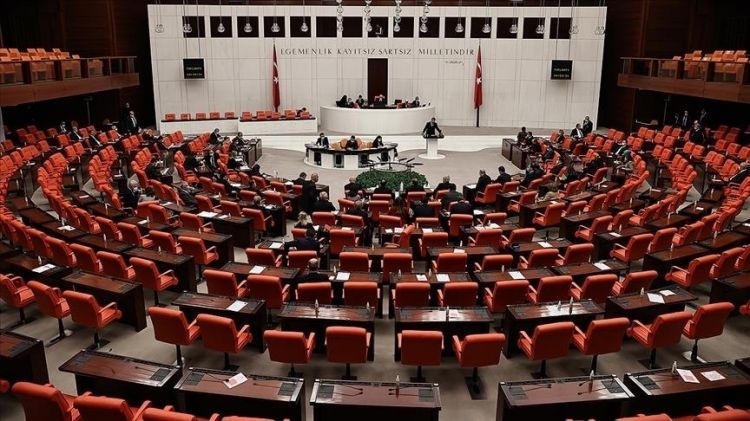 Turkish ministers condemned Friday the Italian prime minister's remarks on the country's president.
"I condemn the low and unacceptable way of the appointed Italian Prime Minister [Mario Draghi] towards our President Recep Tayyip Erdogan," Treasury and Finance Minister Lutfi Elvan said on Twitter over the remarks of Draghi, calling Erdogan a "dictator."
"I totally disagree with Erdogan's behavior. I believe that it wasn't appropriate behavior. I was really sorry for the humiliation that [European Commission President Ursula] von der Leyen had to suffer," Draghi told a news conference on Thursday, referring to a seating issue at a top EU officials' meeting in Turkey.
"Here the consideration we have to make is that with these -- let's call them what they are -- dictators, who however we need to cooperate, is that we must be frank in expressing our diverging views, behavior and vision of society, but we also need to be ready to cooperate to ensure the interests of our country. We need to find the right balance," he added.
Agriculture and Forestry Minister Bekir Pakdemirli also said that Draghi's remarks were unacceptable.
"We condemn Italian Prime Minister Mario Draghi, who made baseless statements about the man of the nation, our president," Pakdemirli said.
Transport and Infrastructure Minister Adil Karaismailoglu called the Italian premier's remarks "impudent."
Karaismailoglu said Erdogan is an elected leader and he is the one who brought the old world order and colonial mentality to light with the discourse of "the world is bigger than 5."
"I condemn the impudent statement of the Italian prime minister, who lacks manner and decency. If he is looking for a dictator, he should look at his history," Justice Minister Abdulhamit Gul said in a tweet.
Mustafa Varank, technology and industry minister, also took to Twitter to condemn the Italian prime minister's remarks.
"There is no democracy lesson Turkey would receive from the 'appointed' prime minister of Italy, which invented fascism," Varank said.
Noting that Italian administrators, who abandon asylum seekers to death, have "humanity lessons" to take from Turkey, he advised them to continue watching the Turkish president closely.
​​​​​​​Ruling Justice and Development (AK) Party's spokesman Omer Celik said they try to cover their political ineptitude and moral hypocrisy with such remarks.
"They shamelessly call our president 'dictator.' Then they add, 'we should cooperate with Erdogan in migrants issue.' This is the peak of hypocrisy," Celik said.
He said those, who treat migrants dictatorially and immorally, think they would still give democracy lessons.
"Get your democracy out of the Mediterranean waters first, then talk," he added.