France’s stance towards the conflict between Armenia and Azerbaijan is much alike of its acts in the period of Crusades - Expert
Read: 388

Russia should not meddle with Ukraine's NATO aspirations - Stoltenberg

It is up to the NATO 30 member countries to decide when Ukraine is ready for the membership, the Alliance's Secretary General said 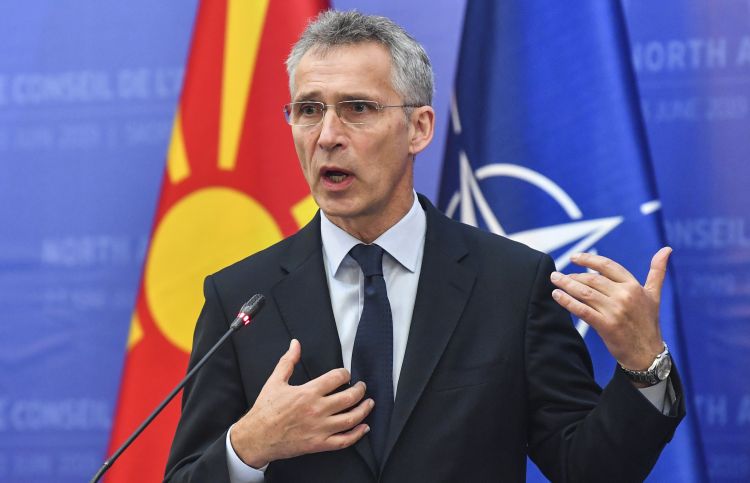 Russia should stay away from issues related to Ukraine's aspirations to join the NATO. Jens Stoltenberg urged Moscow to refrain from these matters, as he approached the press during the joint brifing with Ukraine's Foreign Minister Dmytro Kuleba.
"It is for the 30 NATO allies to decide when Ukraine is ready for NATO membership and no one else has any right to try to meddle or to interfere in that process. It's a sovereign right of every nation like Ukraine to apply for membership, but that is the right for the 30 allies to decide when membership is going to be offered. This is an important principle because Russia is now trying to re-stablish some kind of sphere of influence, where they try to decide what neighbours can do", he said as quoted by the NATO press office.
According to Stoletenberg, the time when big powers tried to decide what their small neighboring countries should do is now over. So, NATO decisively supports Ukraine's sovereign right to file an appeal and define its own path. And then, the 30 NATO allies will provide their evaluation of how the respective standards are met.
"That's also the reason why we are supporting efforts of Ukraine to reform, and modernize, reform is the only path, the best way towards further Euro Atlantic integration, and we strongly reject the idea that we hear from Moscow that Russia has a kind of veto, a right to deny other countries, the sovereign right to decide its own path, including what kind of security arrangements they want to be part of, including a membership of NATO", the Secretary General concluded.
Earlier, Russian Foreign Ministry claimed that Ukraine's membership in NATO would lead to a large-scale escalation in Donbas, and it would become a threat to Ukraine's statehood.