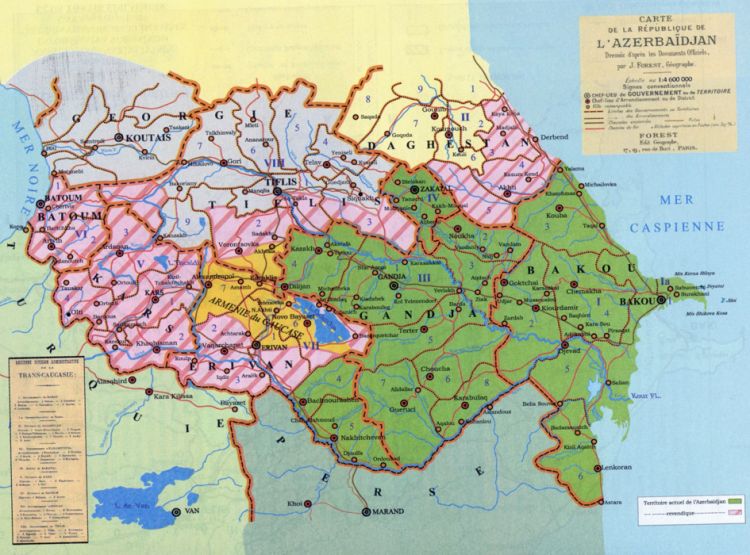 There are four maps from the early 20th Century of the South Caucasus region contained within the British archives. The first from 3rd April 1907; a second undated but presumably from 1919 or 1920; a third from 17th July 1922; and a final one from 25th May 1923. They show the national boundaries in the Southern Caucasus as understood by the British and the Allied Powers over the space of three decades. They show both Karabakh and Zengezur as part of Azerbaijan.
The first map of Caucasia is from 1907 when the region was occupied by Tsarist Russia. It was produced by the Topographical Section Caucasia Military Staff. Eastern Turkey in Asia is recorded as mapped by the notable ethnographic cartographer, Major F. R. Maunsell R.A. It is the original map on which the subsequent maps were based. On it are marked the Tsarist administrative regions of Baku, Zakatali, Elisavetopol, Erivan, as well as others.
The second map, which has national boundaries transposed upon the earlier map was originally labelled Secret, but later stamped as Unclassified. It is undated, but it is from 1919 or 1920. It has Georgia, Armenia and Azerbaijan existing as states, so it is made after 28th May 1918. Since the Ottoman provinces of Kars and Ardahan are included in Armenia, it must be from after December 1918, when the Batum Treaty was abrogated by the Armenians, and before December 1920, when the Turks recovered them in the Treaty of Gumru. So it is from the period of the Azerbaijan Democratic Republic, either during the British occupation or the period of independence from August 1919. It clearly shows what the British took to be the boundaries of Azerbaijan, Armenia and Georgia when they existed as national states. Azerbaijan’s national territory includes the regions of Karabakh, Zengezur and Nakhchivan. The lake that Armenians refer to as Sevan is called Goycha Lake on the British map, the old Azerbaijani name.
The British had occupied Azerbaijan from late 1918 to August 1919, before they handed over full authority to the Azerbaijan Democratic Republic. During this time there was a de facto delineation of territory, although it was stated that territorial boundaries would be finally settled at the Paris Peace Conference in 1919. There was never any final decision made by the victors of the Great War at Paris and it was left to the Bolsheviks after they had conquered the Southern Caucasus, between 1920-1, to delineate the state borders.
The maps suggest that if the Paris Peace Conference had awarded any territory of Azerbaijan to Armenia this would have been on the basis of services rendered during the Great War and not because Britain believed it to be a part of Armenia.
These maps are the closest thing we have to a delineation of territory that Britain and its Allies made and could have been implemented had the Southern Caucasus been effectively defended against Soviet conquest and remained in the democratic sphere. They are not the work of individual cartographers but are the result of official Allied (British, French, Italian) oversight as well as formal international treaty provision between Turkey and Russia etc.
The 1922 British map of Caucasia has the following note: “The frontiers shown on this map have been checked by Allied Headquarters, with the information in their possession and are in agreement with their information.”
The 1923 map was produced by the Geographical Section of the General Staff, British War Office. It records its sources for boundaries between Turkey, Persia, Iraq and Syria as the March 1921 Treaty of Moscow, the October 1921 Treaty of Kars, with regard to the boundaries of autonomous Nakhchivan. The British cartographers used Russian maps included with the Treaty of Kars for this purpose. It should be noted the Treaty of Sevres mentioned would soon be superseded by the Treaty of Lausanne, which was, at that moment, in the process of final negotiations between Britain and the Turkish Republic.
There is a note, numbered 7 which states: “Frontiers other than those mentioned above are compiled from reports the accuracy of which is still in doubt.” Presumably this was because the other areas and boundaries in the Southern Caucasus were, at that time, subject to complete Soviet control and decision making.
So, whilst the British expected, on the basis of their evidence, information, and experience that Karabakh, Zengezur and Zakatali remained a part of Azerbaijan, they could not be sure of what the Bolsheviks might do, if Soviet Russia remained in permanent occupation of the Southern Caucasus.
These maps show definitively that Stalin never “gave Karabakh to Azerbaijan” as Armenians pretend. In fact, they back up the Soviet documents that describe Karabakh as having “remained” part of Azerbaijan. What the maps also show is that the Bolsheviks did give Zengezur, which the British and Allies saw as an integral part of Azerbaijan, to the Armenians, largely for geopolitical reasons.
However, the sequence of four maps produced over a generation and obtained in the British archives clearly show that both Zengezur and Karabakh were regarded as part of Azerbaijan by the Western democratic world.
by Patrick Walsh 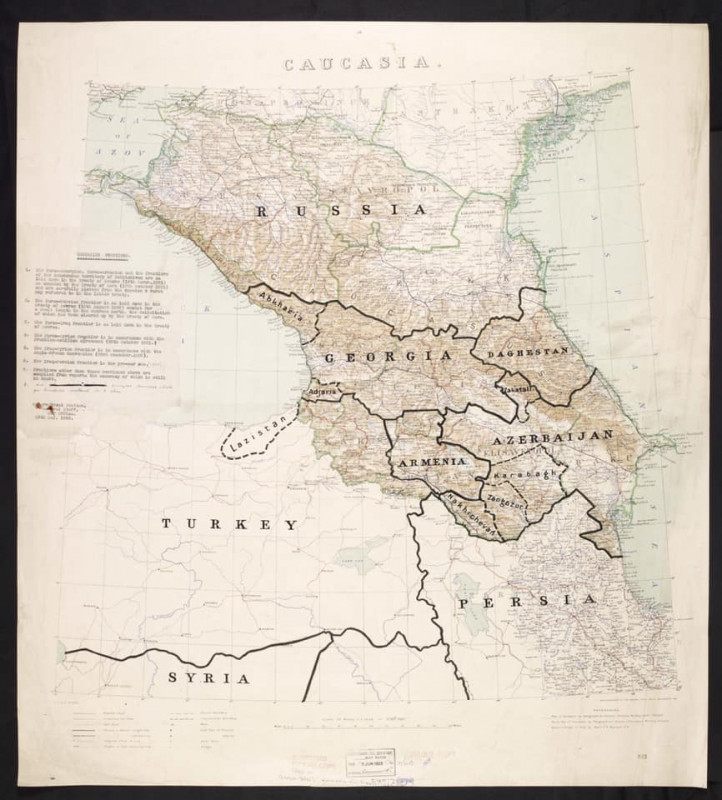 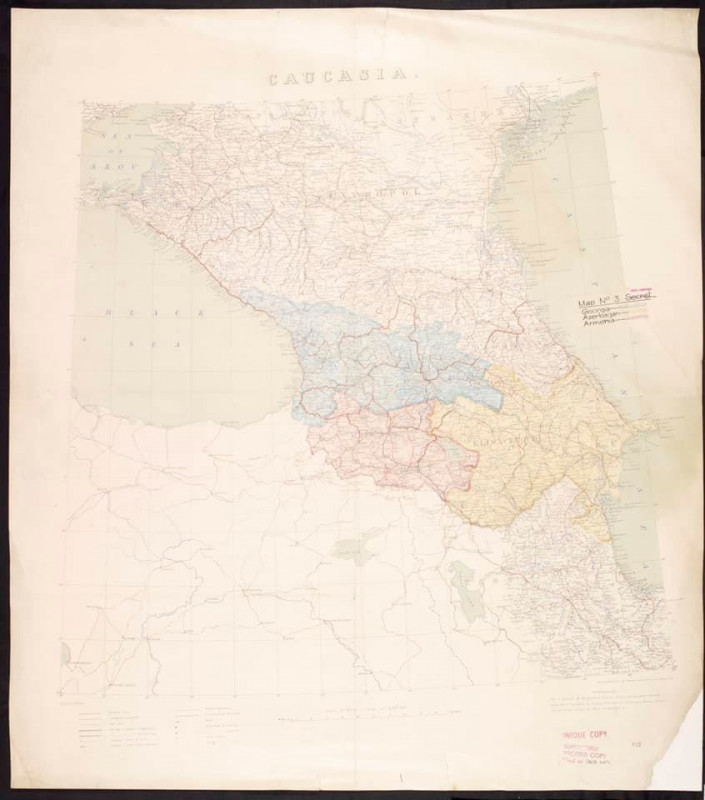 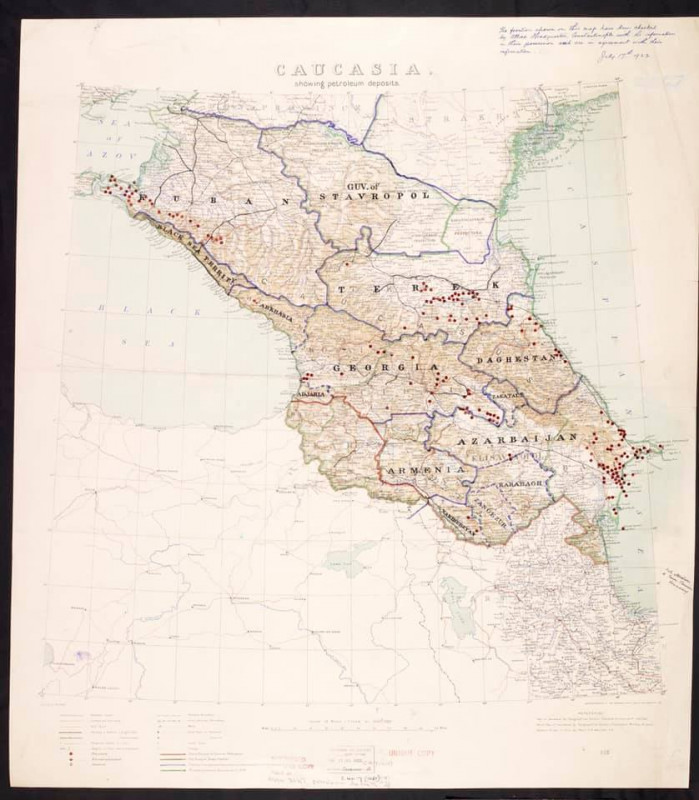 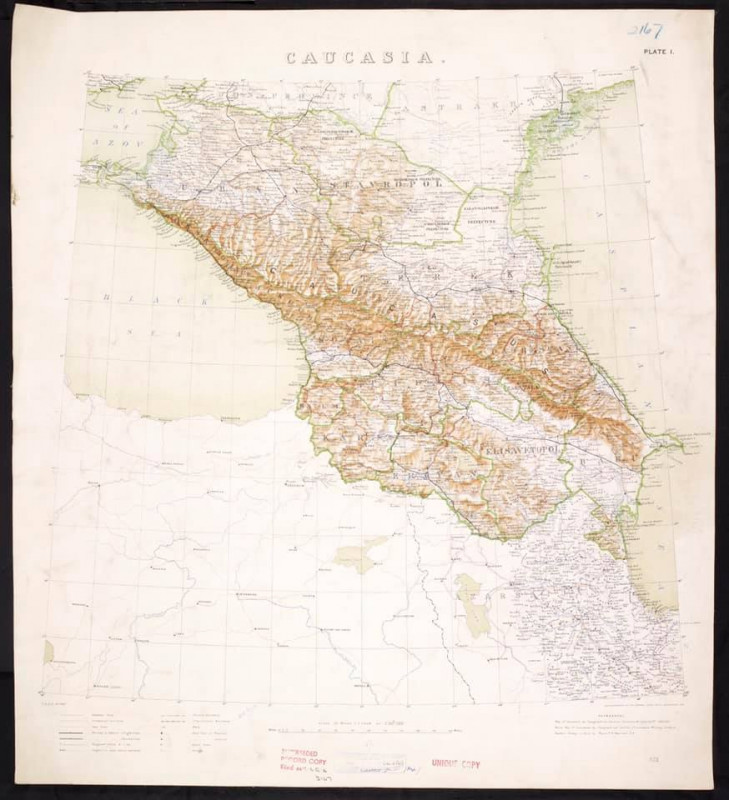