Bin Salman’s statement on Iran is connected to presidential change in US - Expert
Read: 190

Putin address to the Federal Assembly

The President of Russia delivered the Address to the Federal Assembly. The ceremony took place at the Manezh Central Exhibition Hall. 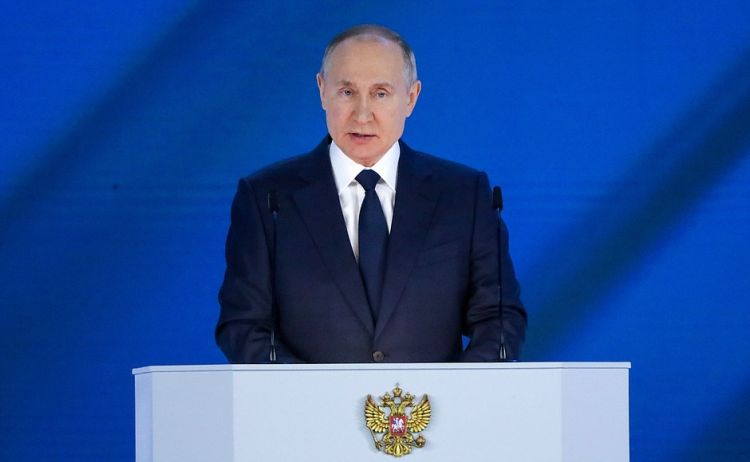 Spiritual and moral values, which some countries are beginning to forget about, only make the Russian people stronger, Russian President Vladimir Putin said on Wednesday in his annual State of the Nation Address to the Federal Assembly.

He noted that throughout history, the people of Russia had triumphed over their trials and tribulations thanks to their unity.
"And today, family, friendship, mutual assistance, and compassion have come to the fore for us. Spiritual and moral values, which some countries are forgetting about, have, on the contrary, made us stronger, and we will always uphold and protect these values," Putin pledged.
He noted that, during the pandemic, the solidarity of Russia’s residents had manifested itself in specific deeds, such as taking care of loved ones, and people's willingness to help those in need. Millions of people became volunteers, and the We Are Together national campaign has brought together individuals from all walks of life, the Russian president noted.
Putin added that the service of representatives of traditional religions had become "the spiritual backbone of society, as it always was in difficult times." That said, the head of state addressed the clergy present in the hall, "I would like to take a deep bow before you all. Thank you very much."