The envoy spent about 20 minutes at the diplomatic agency 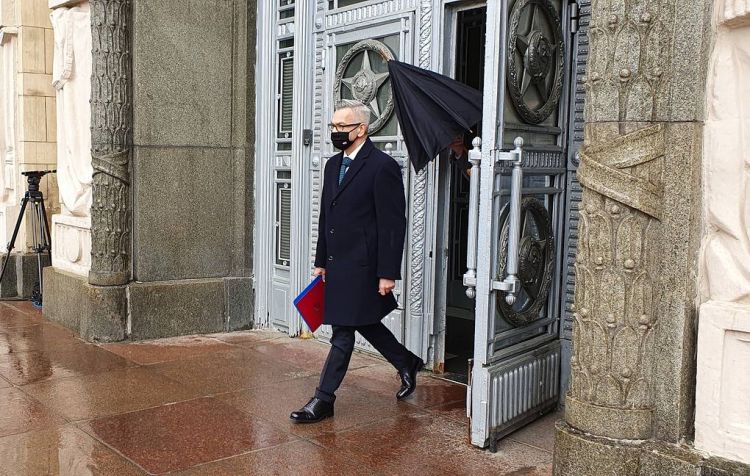