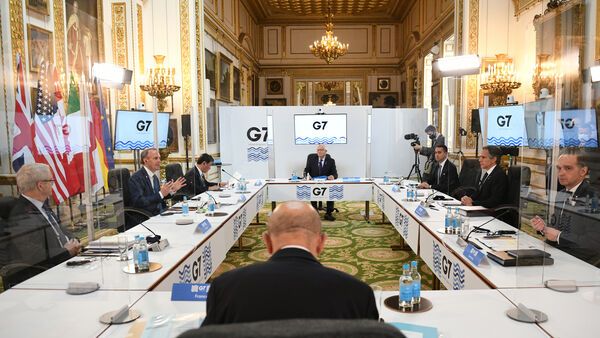 Ministers from the G7 group of leading industrialised nations are under pressure to do more to help poorer countries access coronavirus vaccines and treatments.
The meeting, chaired by British Foreign Secretary Dominic Raab, is expected to consider equitable access to vaccines but the ministers are unlikely to commit to specific pledges for the number of doses they will offer developing nations.
Former UK prime minister Gordon Brown and World Health Organisation chief Dr Tedros Adhanom Ghebreyesus have called on the wealthy nations to do more.
Mr Raab has stressed the UK’s commitment to the Covax initiative, which distributes coronavirus jabs to developing nations.
He said: “I think the Covax mechanism is particularly important at this very sensitive time, for the developing countries, vulnerable countries and the poorer countries around the world.”
But in a letter to Mr Raab, Mr Brown said: “To date, one billion doses of anti-Covid-19 vaccines have been administered. That is an extraordinary achievement.

“But the achievement is diminished by the scale of inequality in vaccine provision. Covax has now delivered over 50 million doses of vaccine to more than 120 countries.
“Yet low-income countries account for less than 1% of the doses administered to date.
“The vaccine gap between the richer and poorer parts of the world is growing by the day.
“Closing that gap is not just a moral imperative but an urgent medical necessity for combating Covid-19, and preventing it mutating and threatening every country, rich or poor.”
Ahead of the foreign ministers’ meeting in London, Dr Tedros said next month’s summit of G7 leaders could be “the most significant meeting in its history” because of their ability to lead a “global effort” to offer vaccines and fund treatments through Covax and the Access to Covid-19 Tools Accelerator (Act-a).
Mr Brown said it was a matter of “grave concern” that Act-a needed $19bn in funding this year and called on the G7 to help meet around two-thirds of the cost.
Ministers from the G7 – the UK, US, Canada, Japan, France, Germany and Italy, along with the EU – will be joined on Wednesday by guests invited as part of the UK’s tilt to the Indo-Pacific region.
Australia, India, the Republic of Korea, South Africa, and the chair of the Association of Southeast Asian Nations have been invited to join the talks. 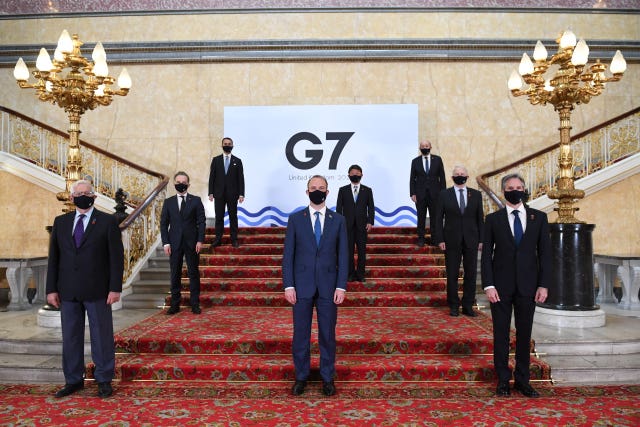 With India facing a devastating wave of coronavirus cases, Mr Raab said: “We have been providing air concentrators, ventilators, things like that.
“Obviously there’s a good opportunity because India’s here to engage on all of those aspects, and I think it’s important when you are going through the eye of the storm to really listen to what they need.
“And obviously being able to meet and discuss that is a great opportunity.
“There’s a much broader point and again a really valuable part of the G7 format is to think in the round, what do we do to help the most vulnerable countries around the world and I think Covax and the ability to fund it, to get vaccines to the most vulnerable countries, what we do about surplus domestic supply, all of those issues, again a really good opportunity for G7, along with our Indo-Pacific partners to talk all of that through and come up with positive answers.”
Last week, India received 700 oxygen concentrators from Ireland. The emergency donation of oxygen concentrators - a device that draws oxygen from the air and delivers it to patients - will be followed by a further 550, HSE chief Paul Reid confirmed.
Ireland is also sending two oxygen generators,365 ventilators and 65 mask ventilators.
Other issues on the agenda on Wednesday include media freedom, arbitrary detention – on Sunday Mr Raab effectively accused Iran of treating Nazanin Zaghari-Ratcliffe as a hostage – and girls’ education.
The ministers will sign up to new global targets to get 40 million more girls into school and 20 million more girls reading by the age of 10 in low and lower middle income countries by 2026 and also promise £10.9 billion over the next two years to help women in developing countries get jobs and build businesses.