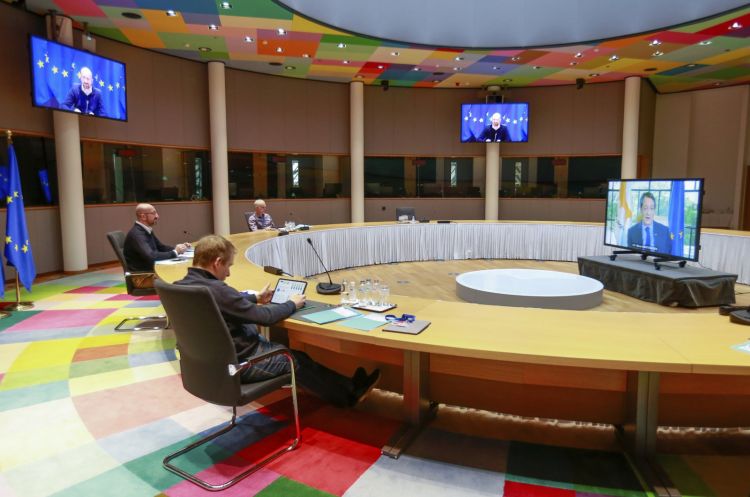 The European Union's prejudiced stance on the Cyprus issue damages ongoing efforts to reach a solution on the island, the Turkish Cypriot president said Sunday.

President Ersin Tatar issued a message on the occasion of Europe Day, which is celebrated every year on May 9.

"We regret to see that the EU has shifted away and acted against its basic principles on its perspective on the Cyprus issue," said Tatar in a message.

He added: "The bias of the EU on Cyprus is alarming and harms the efforts for a solution."

Tatar went on to say that the Greek Cypriot administration is using its EU membership as a "threat" and "blackmailing" tactic.

Cyprus has been mired in a decadeslong struggle between the Turkish Cypriots and Greek Cypriots, despite a series of diplomatic efforts by the U.N. to achieve a comprehensive settlement.

The island has been divided since 1964, when ethnic attacks forced Turkish Cypriots to withdraw into enclaves for their safety. In 1974, a Greek Cypriot coup aiming at Greece's annexation led to Turkey's military intervention as a guarantor power. The Turkish Republic of Northern Cyprus (TRNC) was founded in 1983.

The Greek Cypriot administration, backed by Greece, became a member of the European Union in 2004, although most Greek Cypriots rejected a U.N. settlement plan in a referendum that year that had envisaged a reunited Cyprus joining the EU.