US imposes sanctions on seven Lebanese for Hezbollah financial ties 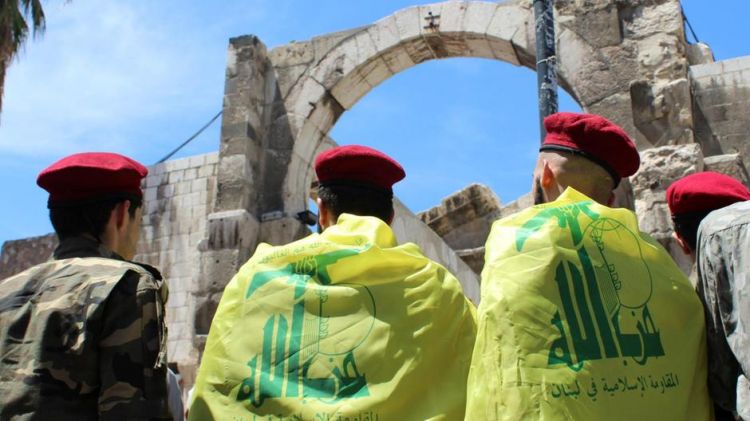 The US on Tuesday imposed sanctions on seven Lebanese nationals over financial ties to Hezbollah.
The Treasury Department said it was placing sanctions on Ibrahim Ali Daher, the leader of Hezbollah’s Central Finance Unit, and six others.
They were being penalised for using accounts at Lebanese banks under US sanctions to transfer about $500 million on behalf of the group's financial firm, Al Qard Al Hassan.
"The threat that Hezbollah poses to the United States, our allies and interests in the Middle East, and globally, calls for countries around the world to take steps to restrict its activities and disrupt its facilitation networks," US Secretary of State Antony Blinken said.
"These designations reinforce recent US action against Hezbollah financiers who have provided support or services to Hezbollah. The United States will continue to take action to disrupt Hezbollah's operations."
The other six who had sanctions imposed are Ahmad Mohamad Yazbeck, Abbas Hassan Gharib, Wahib Mahmud Subayti, Mostafa Habib Harb, Ezzat Youssef Akar and Hasan Chehadeh Othman.
“From the highest levels of Hezbollah’s financial apparatus to working-level individuals, Hezbollah continues to abuse the Lebanese financial sector and drain Lebanon’s financial resources at an already dire time,” said Andrea Gacki, head of the Treasury Department’s sanctions office.
“Such actions demonstrate Hezbollah’s disregard for financial stability, transparency or accountability in Lebanon.”
The US has maintained sanctions on Al Qard Al Hassan since 2007.
But as Lebanon struggles with a crippling economic crisis, many Lebanese nationals have turned to the Hezbollah-run firm to take out interest-free micro-loans of up to $5,000.
“While [the company] purports to serve the Lebanese people, in practice it illicitly moves funds through shell accounts and facilitators, exposing Lebanese financial institutions to sanctions risk related to conducting business with a designated entity," Mr Blinken said.
"Moreover, by hoarding cash that is desperately needed by the Lebanese economy, it empowers Hezbollah to build its own support base and compromise the stability of the Lebanese state."
US sanctions forced Lebanon’s Jammal Trust Bank to close in 2019 over accounts linked to Hezbollah and Al Qard Al Hassan.
Lebanon is in the middle of a worsening financial crisis, with successive governments piling up debt since the end of the civil war in 1990.
Mass protests have swept the country as the price of consumer goods has skyrocketed.
The political elite have failed to form a new government to provide basic services to the Lebanese population after last year’s port explosion tore through Beirut.