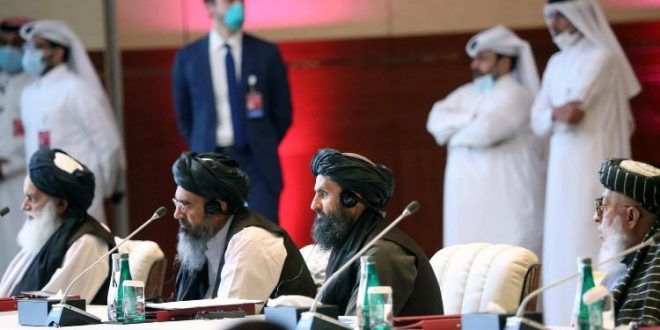 The U.S. Secretary of State, Antony Blinken held a telephonic conversation with the Pakistani foreign minister, Shah Mahmood Qureshi, discussing the Afghan peace process and regional stability.
“Productive call with Pakistani Foreign Minister Qureshi about progress on Pakistan’s counterterrorism commitments, continuing cooperation on Afghan peace, and supporting regional stability. I look forward to continuing to work together in partnership,” the U.S. secretary state of state said on Twitter.
Qureshi reiterated support to the Afghan peace process, saying that a political solution in Afghanistan “is the shared responsibility of all Afghan parties and key international and regional stakeholders.”
This comes as the Afghan President Ashraf Ghani in a recent interview with SPEIGEl International said that the question of “peace or hostility” was on the hands of Pakistani. “Peace will primarily be decided upon regionally, and I believe we are at a crucial moment of rethinking. It is first and foremost a matter of getting Pakistan on board. The U.S. now plays only a minor role. The question of peace or hostility is now in Pakistani hands,” Ghani respond to a question asked by the SPEIFEl.
He said that Pakistan an organized system of supporting the group. “The Taliban receive logistics there, their finances are there and recruitment is there. The names of the various decision-making bodies of the Taliban are Quetta Shura, Miramshah Shura and Peshawar Shura – named after the Pakistani cities where they are located. There is a deep relationship with the state,” Ghani added.