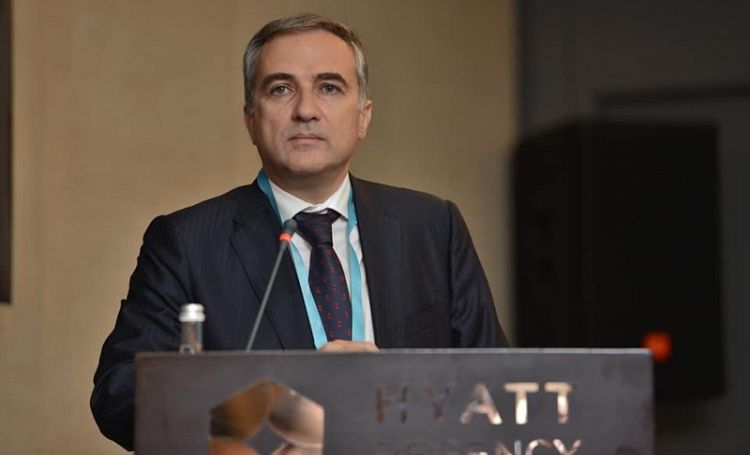 Shafiyev said in recent days, the situation at the border between Armenia and Azerbaijan caused a new round of tension between the two countries and attention from international mediators.

Unfortunately, those mediators and global media, which for thirty years ignored the fact of the occupation of Azerbaijani internationally recognized territory, now rush to extend the support to the formerly occupying power and give wrong messages, which will not bring peace to the region, Shafiyev stressed.

“Secondly, Armenia must admit that there is a border between the two countries, which it occupied for three decades, and during those years, the governments in Yerevan lost the sense of the border,” he said.

“Third, delimitation should be conducted based on mutual respect for the territorial integrity of both countries. nfortunately, the voices from Armenian political parties do not show a sign of reconciliation.”

“Fourth, the messages from international mediators, especially from France, are unacceptable and ignite further tension instead of encouraging peace,” Shafiyev added.

The AIR Center chairman called on all mediators, including the United States and France, to abandon an old thesis on the status of Armenians in Karabakh.

Shafiyev emphasized that the only way to durable peace in the region is the respect for the territorial integrity of all three countries of the South Caucasus on the basis of which various ethnic communities can develop their economic and cultural rights. “In this regard, the propelling of double standards serves only those forces, which would like to control the region based on the old "divide and rule" imperial mindset.”

“Azerbaijan made its position firm, including through decisive victory in last year's war, and attempts to undermine the safety of the people of Azerbaijan will fail,” he added.