Armenians can live in Azerbaijan as its citizens, like before Karabakh conflict - Azerbaijani Commission for Displaced Persons - ednews.net

Armenians can live in Azerbaijan as its citizens, like before Karabakh conflict - Azerbaijani Commission for Displaced Persons 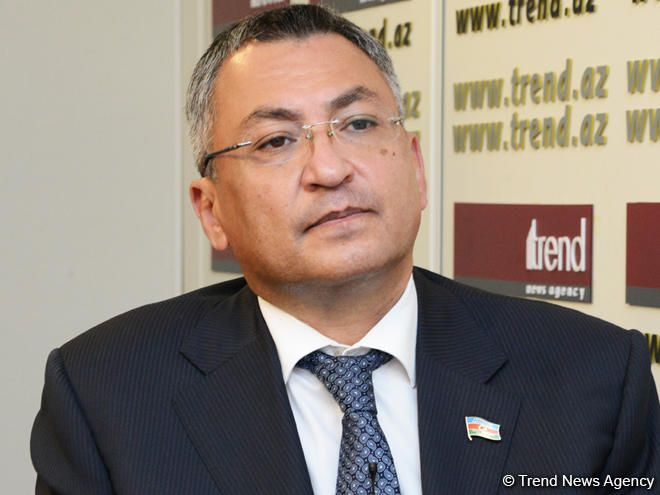 Armenians can live in Azerbaijan as its citizens, just like they did before the conflict, Rovshan Rzayev, head of the Azerbaijani Commission for Displaced Persons, said in his interview with Russian Izvestia newspaper, Eurasia Diary reports citing Trend.

According to Rzayev, Azerbaijan has repeatedly stated its readiness to integrate the Armenian-speaking population of Karabakh on its territory at the highest level.

“At the same time, the right to live on the territory mustn’t be replaced by the right to break it away from the country. So, they can live with us in Azerbaijan as citizens of our country, as they lived before the conflict, exactly the same way as they live in all other countries of the world - in Russia, France, US, but if, for example, 100,000 Armenians live in Marseilles, it doesn’t mean that Paris is obliged to create another Armenian state there.”

“More than 50 nations and nationalities live in Azerbaijan, and there are no problems with that. Sometimes they live better than in their historical homeland. I believe that the Armenians will be able to live in Azerbaijan, as they did before, and all conditions will be created exactly the same as for other nations and nationalities of the country," he added.

The 1994 ceasefire agreement was followed by peace negotiations.

Following over a month of military action to liberate its territories from Armenian occupation from late Sept. to early Nov. 2020, Azerbaijan has pushed Armenia to sign the surrender document. A joint statement on the matter was made by the Azerbaijani president, Armenia's PM, and the president of Russia.

A complete ceasefire and a cessation of all hostilities in the zone of the Nagorno-Karabakh conflict were introduced on Nov. 10, 2020.