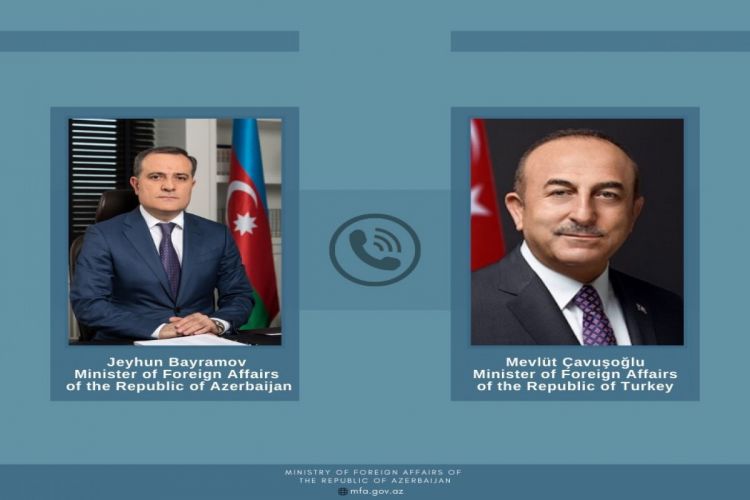 According to the information, the ministers exchanged views on the existing situation in the region, as well as implementation of trilateral statements.

During the phone conversation, the agenda of bilateral cooperation was also discussed