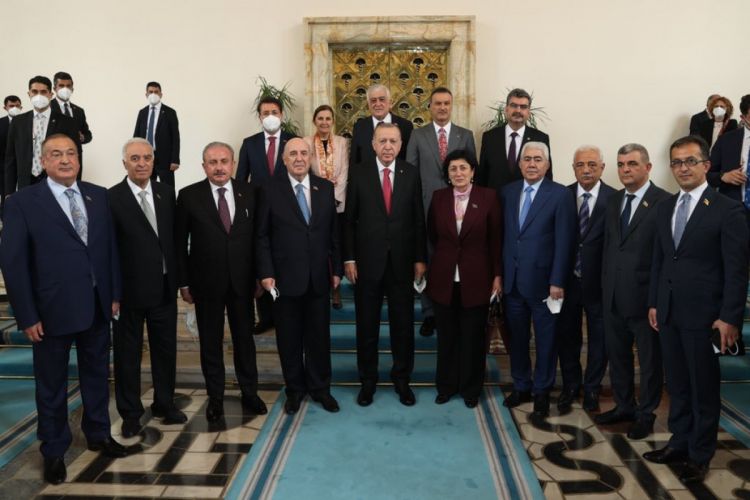 Turkish President Recep Tayyip Erdogan has met with a delegation led by the chairman of Azerbaijan-Turkey interparliamentary friendship group of the Milli Majlis Ahliman Amiraslanov, Turkish Presidential Administration wrote on Twitter, APA reports.
The information reads that President Erdogan met with members of the Turkish-Azerbaijani Friendship Group of the Azerbaijani Parliament in the Turkish Grand National Assembly.