New military units were commissioned in the territory of the Khojavend region - Azerbaijani MoD - VIDEO
Read: 293 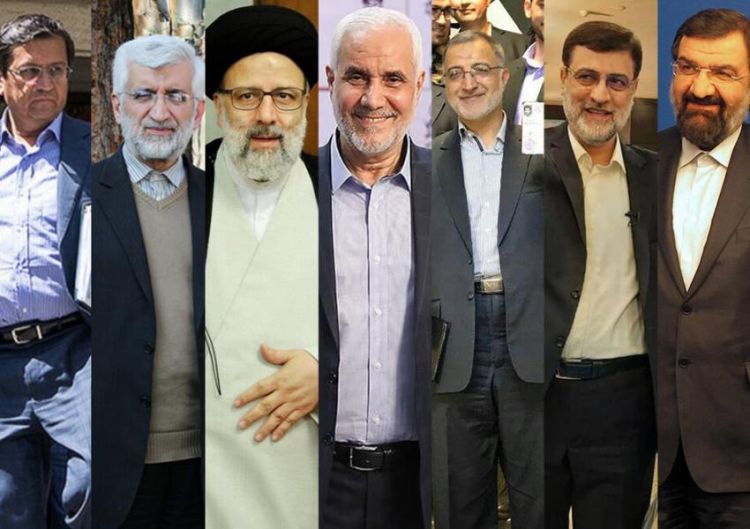 This handout photo made available by the Iranian Young Journalist Club (YJC) shows Iran's presidential candidate Abdolnasser Hemmati speaking during the third televised debate ahead of the June 18 presidential election
Iran's reformist candidate Abdolnasser Hemmati warned Saturday that a win for his ultraconservative rivals in the June 18 presidential election would result in the country facing more sanctions.
Iranians are to elect a successor to President Hassan Rouhani from seven candidates -- five ultraconservatives and two reformists -- approved to run by the election-vetting Guardian Council from a field of some 600 hopefuls.
"What will happen if power falls into the hands of hardliners? What happens if power falls into your hands?" said ex-central banker Hemmati.
"Let me put this very clearly: new sanctions with a stronger global consensus," he said in a final televised election debate.
The campaign coincides with negotiations in Vienna to revive a 2015 nuclear deal, which was torpedoed by former US president Donald Trump who withdrew and reimposed sanctions on Iran three years later.
Judiciary chief Ebrahim Raisi is widely tipped to win, after the Guardian Council disqualified many potential heavyweights, including moderate conservative Ali Larijani.
Rouhani took office vowing to seek better ties with the West and end Iran's economic isolation over international sanctions.
The deal offered Iran sanctions relief in exchange for restrictions on its nuclear activities, but renewed sanctions have plunged the Islamic republic into an economic and social crisis.
Raisi insisted his administration would be "committed to the JCPOA (nuclear deal) as a contract and an obligation" as confirmed by Iran's supreme leader Ayatollah Ali Khamenei.
He said that Hemmati, as a former member of Rouhani's administration, would not be able to implement the nuclear deal because it required "a strong administration".