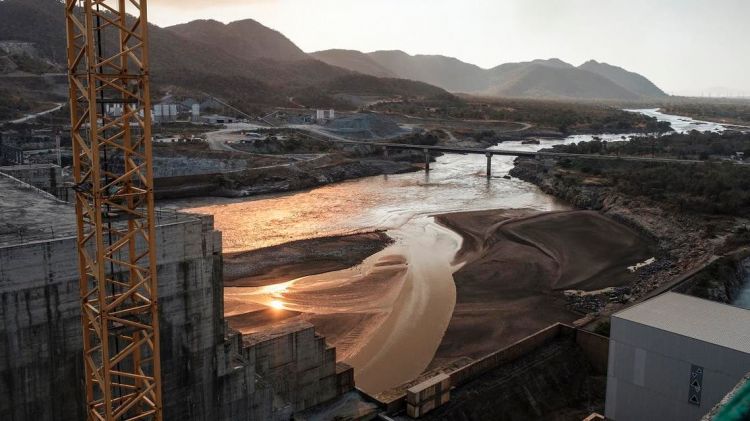 Egypt has asked for help from the UN Security Council in its long-running dispute with Ethiopia about a massive dam under construction on the Blue Nile River.
In a letter, Egyptian authorities complained that Ethiopia has thwarted efforts to reach a binding legal agreement on issues related to the Grand Ethiopian Renaissance Dam to guarantee the interests of the two countries as well as Sudan.
Egyptian Foreign Minister Sameh Shoukry has had recent discussions about the project, known as GERD, with UN Secretary General Antonio Guterres. U.S. officials, including then-Treasury Secretary Steven Mnuchin, have attempted to facilitate negotiations in recent years.
In the latest development, Shoukry expressed Egypt’s objection to Ethiopia’s plans to continue filling the dam during the upcoming flood season over the objections of Egypt and Sudan, which fear their water supplies will be curtailed.
GERD, designed to boost Ethiopia’s electricity generation, is on the Blue Nile about 45 kilometers (28 miles) from the Sudanese border. The river, which originates in Ethiopia, joins with the White Nile near Khartoum, Sudan and the Nile then flows northward through Egypt to the Mediterranean.