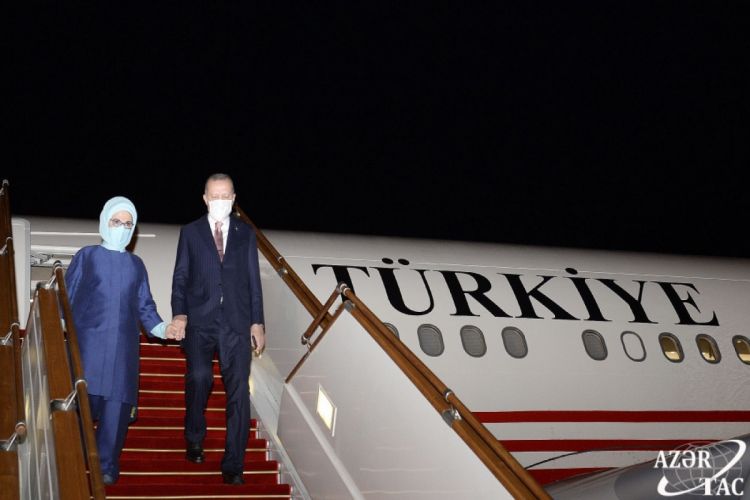 Turkish President Recep Tayyip Erdogan and his wife Emine Erdogan were welcomed at the airport by First Deputy Prime Minister of the Republic of Azerbaijan Yagub Eyyubov, Deputy Foreign Minister Khalaf Khalafov and other officials.