New military units were commissioned in the territory of the Khojavend region - Azerbaijani MoD - VIDEO
Read: 326 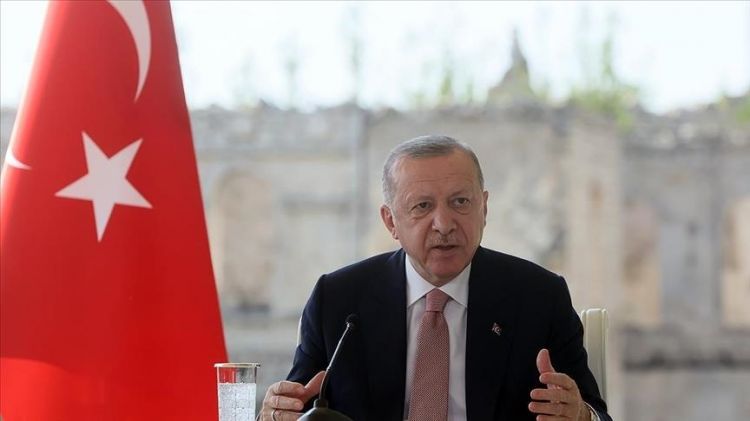 In a joint news conference with his Azerbaijani counterpart Ilham Aliyev in Azerbaijan's Susha city, Erdogan said: "We are willing to make all kinds of sacrifices. Mr. Putin as well... With the steps to be taken in this regard, the region will become a peace zone."

"We hope Armenia will grasp this hand extended in solidarity, take an opportunity to shape a common future together," he added.

Turkey is planning to open a consulate general in the recently liberated city of Shusha as soon as possible, Erdogan said.

The Turkish president reached Azerbaijan earlier on Tuesday on an official visit.