Shusha declaration is a serious message not only to Armenia, but to the whole world - Umud Mirzayev | Eurasia Diary - ednews.net

Shusha declaration is a serious message not only to Armenia, but to the whole world - Umud Mirzayev 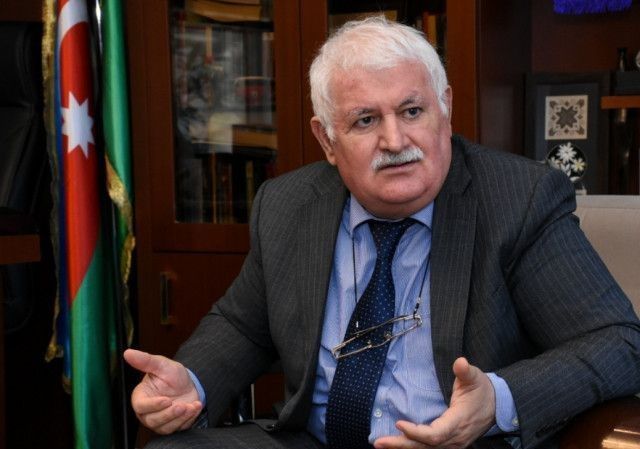 "Yesterday was an important day in the history of Azerbaijan. Celebrating the National Salvation Day, the Azerbaijani people witnessed the signing of the Shusha Declaration, the most obvious example of the strengthening of brotherhood between Turkey and Azerbaijan, said Umud Mirzayev.

Speaking to Eurasia Diary, Umud Mirzayev, the President of International Eurasia Press Fund, made comments about the Shusha declaration.

Mirzayev noted that the declaration is a big message that "Azerbaijan is not alone and Turkey is always behind it" as well as it is of great importance for the entire Turkic world.

June 15 is a special day in the modern history of Azerbaijan, because Azerbaijani people celebrate the National Salvation on this day.  The signing of the Shusha Declaration on the same day, which showed the highest level of Turkish-Azerbaijani brotherhood, was an important event that gave a special and significant value to the history. It is very difficult to express in words what happened in Shusha. As an Azerbaijani and a Karabakh man,  I am both proud and very happy.  This declaration is an important point that the fate of our Karabakh has already been fully resolved, and for this reason I consider myself happy. "

The IEPF President said that the Azerbaijani people had been waiting for this event for many years and hoped: After November 8, a 30-year cycle of pain and throe came to an end. I should also mention that I have always believed that there will be time that those painful days will be forgotten and beautiful days will come. I believed that one day we would return to our native lands and our villages. Thankfully, we realized that day on November 8 with the return of Shusha, as well as the signing of the Shusha Declaration between Turkey and Azerbaijan. I would like to emphasize that this is a serious message not only to Armenia, but also to the whole world.  This declaration is a big message to their supporters. This message made it clear once again that everything  remained in the past, the train has already left and there is no turning back.