Biden, Putin were able to achieve results they expected at Geneva summit - Bryza 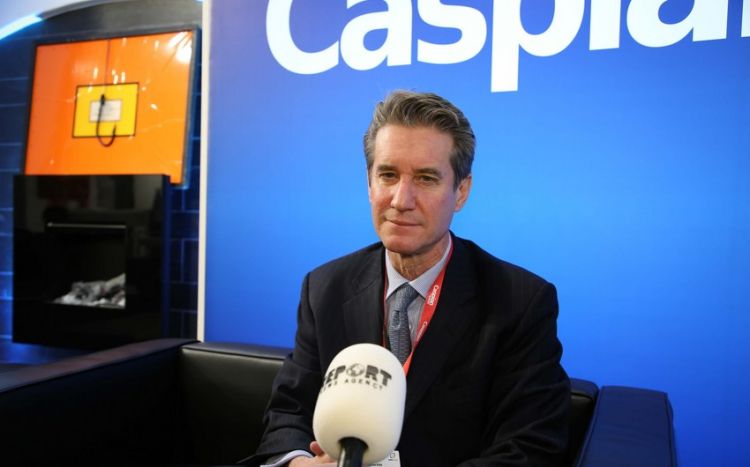 US and Russian presidents Joe Biden and Vladimir Putin were able to achieve the results they expected at the Geneva summit, Senior Fellow at the US Atlantic Council, International Expert Matthew Bryza told

According to Report, He was commenting on the summit of the US and Russian presidents, which took place on June 16 in Geneva.

Bryza believes that from President Vladimir Putin’s perspective the expected results of the summit were definitely achieved, that is “elevating Russia’s global level and strategic importance”, which may also be helpful in domestic politics.

“From President Biden’s perspective too, I think the summit achieved the expected results. President Biden said he was going to raise tough issues, and he was able to deliver those messages and he came out of the meeting sounding very happy, he kept on talking about how constructive the discussion was, that it was not hostile. And Putin said the same: “yes the discussions were constructive”. So, for Biden too that was a successful outcome,” he added.

As for Biden’s goal to achieve “stable and predictable” relationships with Russia, which he announced before the summit, Bryza believes it is too early to tell whether the Geneva summit will bring about such relationships.

In his opinion, on the surface the two countries’ relations may look quieter, but some tensions may persist: “I think there is no way that this one meeting between the two presidents will in any way mitigate the US sanctions with respect to Russia.”

“I believe that the summit can mitigate some of the external tensions between Washington and Moscow. By external I mean the tensions that are on the surface and visible to us," he added.

Bryza also believes that President Biden did much better at the Geneva summit than his predecessor, former President Donald Trump at the Helsinki summit. In his opinion, President Biden did a great job in setting up the summit by first going to Britain, which is the closest ally of the US, then demonstrating full solidarity within the G7 – the world’s most economically powerful countries, then joining the summit with the EU leadership and the NATO summit, and then meeting with Turkish President Recep Tayyip Erdogan.

He says the overall big picture is that Biden was able to deliver his message to Putin and Putin was able to elevate Russia’s importance on the world stage.