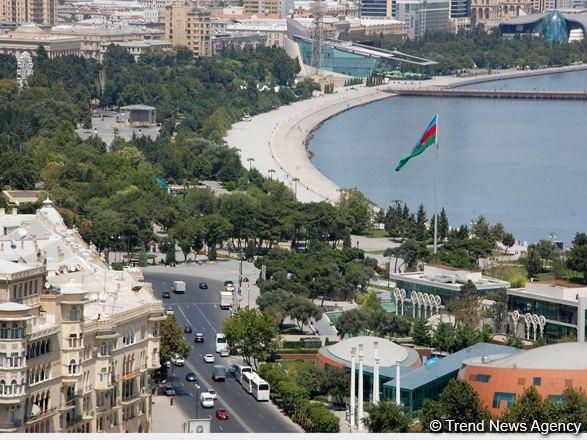 Azerbaijan's political parties have described a declaration of alliance signed by the Azerbaijani and Turkish leaders in Shusha on June 15 as a deal of great historical and strategic importance.

In a joint statement made on the signing of the deal, the country's 48 parties said: "The Shusha Declaration on Allied Relations, signed between the two friendly and fraternal countries on June 15, 2021, 100 years after the historic Treaty of Kars, is of great historical and strategic importance.”

The statement added that the two countries' joint initiatives to strengthen stability and security in the Caucasus region, restore all economic and transport ties, as well as normalize relations and ensure long-term peace, are the best example for the countries.

“We, the political parties operating in Azerbaijan, consider the Shusha Declaration, signed by Azerbaijan and Turkey in the ancient cradle of the culture of Azerbaijan and the whole Turkic world - Shusha city an important basis for the development of qualitatively new ties between our countries and the future interaction of both countries and state that we support the country in this alliance,” the statement said.

The statement underlined that the declaration brings all strategic relations between the two fraternal countries to the highest level.

“This development of the Azerbaijani-Turkish relations pleases our friends and disappoints those who do not want strengthening, prosperity and security of our country. We, the political parties of Azerbaijan, emphasize the exceptional strategic and historical significance of the Shusha Declaration,” the statement said.

The parties stressed that the document defines the political and legal mechanisms for establishing allied ties between the two countries, which are guided by the principles of independence, sovereignty, territorial integrity, inviolability of internationally recognized borders, non-interference in the internal affairs of states, pursue an independent policy aimed at protecting and ensuring national interests.

“The declaration pays special attention to the mutual coordination of the activity of the two fraternal countries to protect common interests, to unite opportunities, including those in regional and international strategic issues of mutual interest,” the statement said.

The parties expressed support for joint consultations and assistance in the context of international law in case of a threat or aggression from a third state or states against the independence, sovereignty, territorial integrity, inviolability or security of the internationally recognized borders of any of the parties.

“We highly appreciate the provisions enshrined in the declaration in connection with joint efforts to restructure and modernize the armed forces in accordance with modern requirements, implementation of measures aimed at strengthening defence capability and military security, improvement of the skills of joint activity of the armed forces of the two countries, holding regular joint meetings of the Security Councils of both countries on national security issues,” the statement said.

The parties welcomed the intensification of efforts to diversify national economies and export, the opening of the Zangazur corridor, which will significantly contribute to Azerbaijani-Turkish economic ties and connect the two countries in restoring regional transport and communication ties, promoting the development of international transport corridors, developing further cooperation between the Azerbaijani and Turkish diasporas and initiatives to coordinate the activity of the diaspora in bringing the historical truth about the protection of national interests to the world community.

“The Azerbaijan-Turkey relations are currently at their highest peak. The fact that our peoples have the same origin, language, religion, culture, many other common values and close ties have always brought our countries closer together, our peoples have always supported each other in happy and hard days,” it noted.