After war we lost Karabakh, after elections we'll lose Armenia 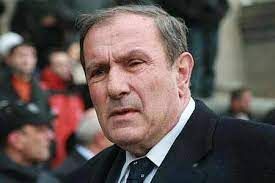 'There are definitely going to be clashes after the elections.' The first President of Armenia, Leader of the Armenian National Congress Party Levon Ter-Petrosyan said this at a meeting with journalists on June 18, Eurasia Diaryreports citing Azeri Daily.

'If the confrontation in the elections does not turn into physical clashes, it’s good. But this is out of the question. Both sides will do anything. They have already ordered the rallies, their intentions are clear,' Armenian media quotes Ter-Petrosyan.

In addition, Ter-Petrosyan stated that if Armenia follows this path, it will be the second defeat in a year.

'We see what forces are involved in these elections, what means they use. They declared war against each other. Any gamble is expected on their part. It's time to sober up, otherwise, if we lost Karabakh as a result of the war, then as a result of the elections we may lose Armenia. I am not exaggerating. It will be so if there are civil clashes,' said the ex-president of Armenia.