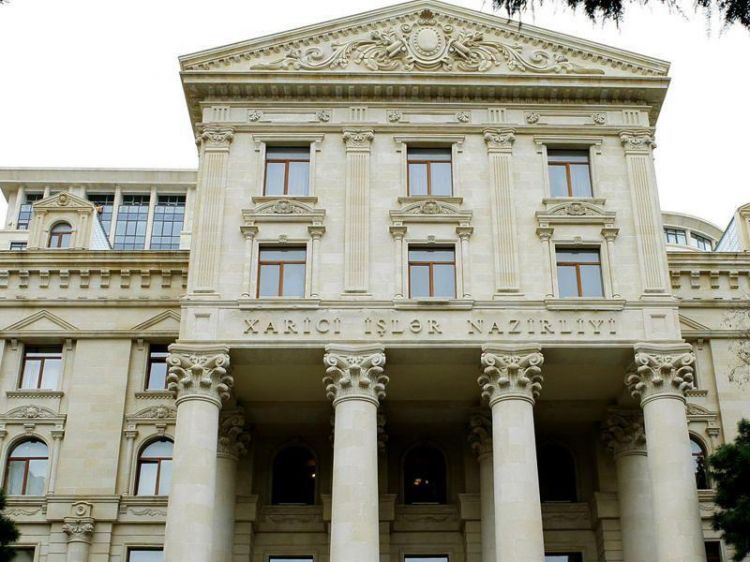 Azerbaijan has called for global solidarity and support for the safe return of refugees and IDPs to their homes, the Foreign Ministry reported on June 20.

In a statement issued on the occasion of World Refugee Day on June 20, the Foreign Ministry said: "On this day we bring the world’s attention to refugees and internally displaced persons and appeal for global solidarity and support for the safe return of displaced people to their homes."

The ministry described Today World Refugee Day as an opportunity to raise awareness of the difficulties faced by displaced communities, and honour their strength and courage.

"This is a particularly meaningful day for Azerbaijan, which has one of the largest groups of internally displaced people in the world. Following Armenia’s aggression, up to one million people were forced to flee their homes and leave everything behind," the statement added.

It noted that as a result of the 44-day second Nagorno-Karabakh war, Azerbaijan liberated its territories and restored its territorial integrity, however, "the large-scale devastation and contamination of these areas during decades of military occupation by Armenia is still an impediment to the safe and dignified return of IDP’s to their homes".

The ministry stressed that the Azerbaijani government has already set in motion plans to ensure the safe and secure return of displaced families to the liberated territories and maden an investment to help rebuild the cities that were destroyed during occupation.

"The safe and prompt return of displaced communities continues to be slowed by Armenia’s refusal to provide the full map of all minefields laid during the occupation. The recent tragic death of two journalists in Kalbajar is a stark reminder of the danger faced by those tired and emotional families who have not returned home in nearly 30 years," the statement said.

The minsitry thanked neigghbours and partner countries for fruitful international cooperation "to achieve a safe and dignified return of displaced people".

"Each road, school, business, the cultural and religious monument being rebuilt is a step closer towards a sustainable, peaceful and prosperous future for the region and local communities," the statement said.