We believe that Armenian authority will draw a right conclusion from crisis - FM | Eurasia Diary - ednews.net

We hope that the Trilateral Working Group on Karabakh will resume its activities in the near future - Zakharova
Read: 270

Armenia fears that the Zangazur corridor will enhance Turkey's empowerment in the region - Elkhan Shahinoglu
Read: 260

There are wide opportunities for increasing trade turnover between Azerbaijan and Russia - Russian Deputy Minister
Read: 243 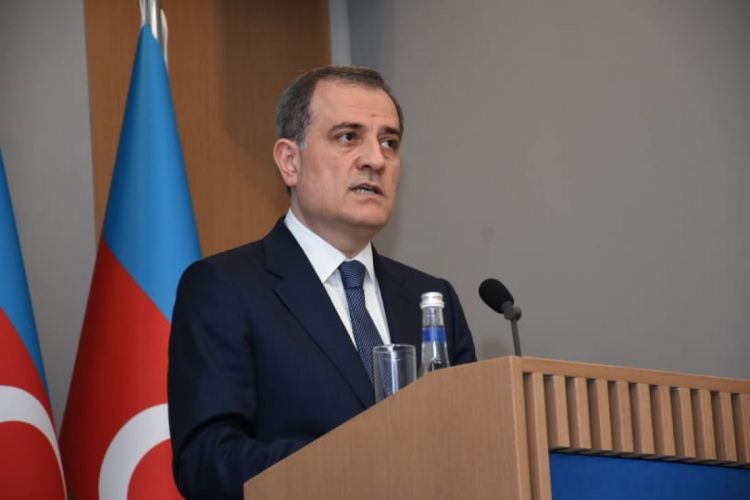 "Snap parliamentary elections were held in Armenia yesterday, government is expected to be formed. We believe that Armenian authority will draw the right conclusion from the crisis by analyzing its reason," said Minister of Foreign Affairs of Azerbaijan Jeyhun Bayramov at the briefing after meeting with Deputy Prime Minister, Minister of Foreign Affairs of the Republic of Kazakhstan Mukhtar Tileuberdi, who is on a visit to Azerbaijan today, APA reports.

Minister noted that some show defeat in the war as a reason of the crisis: "Deep crisis has been caused by Armenia's changing recognized borders of states by force by violating international law over decades, conduction an aggressive policy,"

Foreign Minister noted that Azerbaijan is in favor of the restoration of relations by basing on norms and principles of international law, non-violation of borders, territorial integrity.

"Armenia's decision in this field is its own choice," stressed Minister.