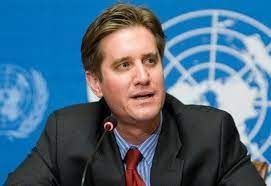 He was commenting on the results of the early parliamentary elections in Armenia.

“I find the outcome of the Armenian parliamentary elections quite positive for those who hope for stability in the Southern Caucasus and Armenia’s eventual agreement to embrace the opportunities Azerbaijan has presented it in the aftermath of the war, for Armenia to reintegrate into the regional economy and to cooperate with both Azerbaijan and Turkey. This is a decisive victory for Pashinyan. His party won around 54 percent of the vote, while Robert Kocharyan’s party won only about 21.04 percent. Then former prime minister and president Serzh Sargsyan’s party won only about 5.23 percent. So, it is very clear that the people of Armenia have said despite having lost this disastrous war with Azerbaijan, we want to stick with Nikol Pashinyan, perhaps, because they are tired of the old regime that was so corrupt. It is very surprising to me that he won with such a strong mandate after having lost the war with Azerbaijan, not only having lost the Second Karabakh War, but havening provoked it and then having seen so many demonstrators out in the streets demanding his resignation after having lost the war. We can see many of those street protests will may be motivated by his political opposition and hopefully, this means that Armenian voters understand now the myth of Armenia’s invincibility and that it would always be victorious over Azerbaijan in a war was artificial, was fake,” noted Bryza.

He said hopefully, this also means that Armenian voters realized that after having provoked and lost the war, they had no choice but to accept the settlement that was outline in the November 10, 2020 statement. “So, with all that said, I think that this is a strongly positive outcome for the prospects of the Armenian society observing that the war is lost, that they need to give up any territorial ambitions they may have had. Hopefully, those unrealistic ambitions are going down to defeat. But it will still take some time.”