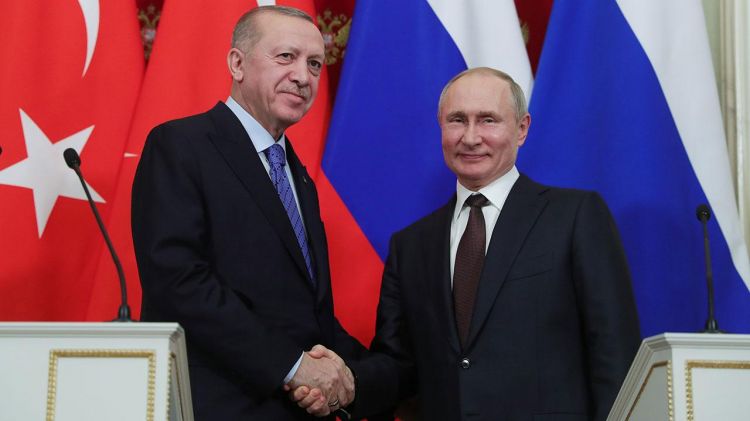 The Presidents of Russia and Turkey, Vladimir Putin and Recep Tayyip Erdogan, exchanged views on the situation around Nagorno-Karabakh in a telephone conversation. This was reported by the press-service of the Kremlin.

'The exchange of views on the situation around Nagorno-Karabakh continued,' the message says. 'A positive assessment was given to the work of the joint Russian-Turkish centre to control the ceasefire and military operations.'

The Russian president also shared with the Turkish leader his impressions of the recent talks with the head of the White House, Joe Biden, in Geneva on June 16.

It should be reminded that earlier it was reported that Russian President Vladimir Putin held consultations on Karabakh with Azerbaijani President Ilham Aliyev and acting Prime Minister of Armenia Nikol Pashinyan.