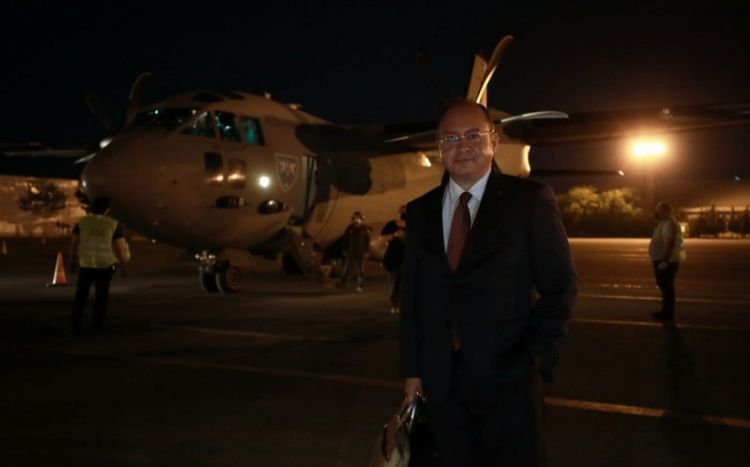 "Azerbaijan is a strategic partner for Romania, and our bilateral dialogue is full of potential," Minister of Foreign Affairs of Romania Bogdan Aurescu wrote on his Twitter page, Report informs.

The diplomat arrived in Baku tonight with his Austrian and Lithuanian counterparts Alexander Schallenberg and Gabrielius Landsbergis, as part of a tour to the South Caucasus on June 25-26.

"We just landed in Baku and are preparing for meetings with President Ilham Aliyev and Foreign Minister Jeyhun Bayramov," the Romanian minister said in his tweet.

According to him, the visit is an opportunity to reaffirm the importance of EU-Azerbaijan engagement.