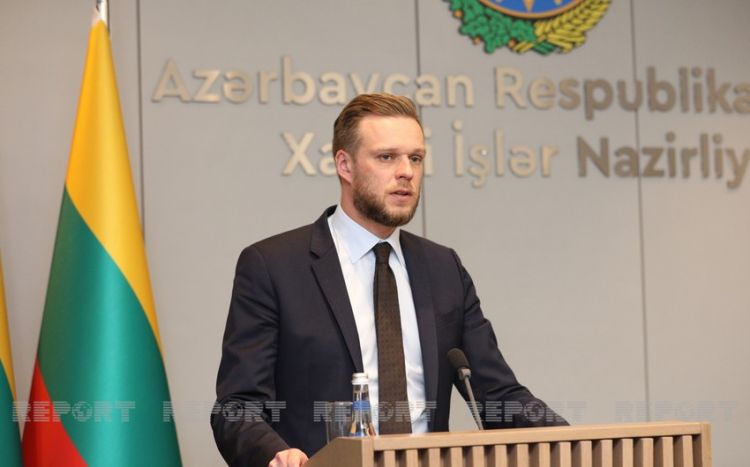 "We had good talks with the Azerbaijani leadership regarding the next steps "On reconciliation between Azerbaijan and Armenia and " On strengthening the Eastern Partnership," Lithuanian Foreign Minister, a member of the EU delegation in Baku Gabrielius Landsbergis told, Eurasia Diary reports citing Report News Agency.

"On behalf of the EU High Representative for Foreign Affairs and Security Policy Josep Borrell, we have expressed the EU's interest in establishing closer relations with Azerbaijan."

Notably, the foreign ministers of three EU countries - Austria, Lithuania, Romania Alexander Challenberg, Gabrielius Landsbergis, and Bogdan Lucian Aurescu arrived in Baku as part of a tour to the South Caucasus. They met with Azerbaijani Foreign Minister Jeyhun Bayramov and other officials. The ministers will also visit Yerevan and Tbilisi.