Lukashenko and Putin discussed increase in number of Belavia flights to Russia - ednews.net 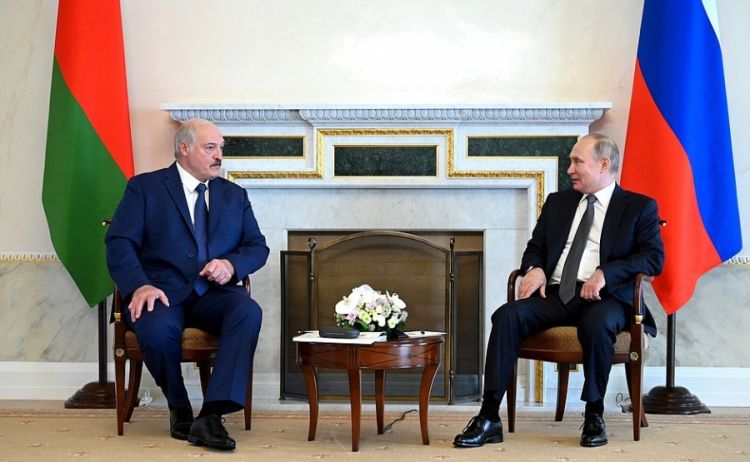 Presidents of Belarus and Russia Alexander Lukashenko and Vladimir Putin discussed increasing the number of flights and expanding the geography of Belavia's flights to Moscow, St. Petersburg and Sochi, Natalya Eismont, spokeswoman of the President of Belarus said on Wednesday following the talks between the presidents in St. Petersburg. This reported by TASS.
"Among the topical issues are transport and logistics. This is the resumption of transport communication between the countries, in particular, increasing the number of flights and expanding the geography of Belavia flights to Moscow, St. Petersburg, Sochi and other cities of Russia," she said in a video commentary for the Pul 1 Telegram channel.
The Presidents also touched upon the pandemic.
"Countering COVID-19, the progress of vaccination and the epidemiological situation in general, these issues the Presidents also touched upon in their conversation," Eismont said.
After the incident with the plane of the Irish low-cost airline Ryanair, the EU summit decided to ban Belarusian airlines from flying to EU airports and fly over the territory of the European Union. It also recommended that European carriers refuse to fly in the airspace of Belarus. More than 20 countries closed their airspace for the Belarusian air carrier.