Azerbaijan's "Plan B" on Karabakh - ednews.net

Azerbaijan's "Plan B" on Karabakh 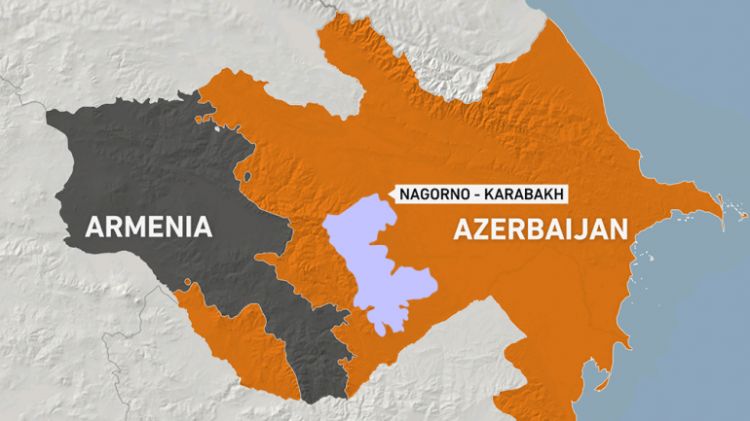 The French ambassador to Armenia and the deputy prime minister of Armenia expressed the same opinion in different audiences on the same day:Both stated that normalization of relations would not be possible without resolving the status of Karabakh..
By the way, Macron will pay an official visit to Yerevan in the near future.Politicians in France, one of the two main members of the European Union, are beginning to obstruct seriously. It is possible that, as a last resort, Paris may recognize the independence of Nagorno-Karabakh.We must not forget that the most undesirable scenario for us may be a possible "agreement" between France and Russia on the Karabakh issue.According to various Internet resources in France, Macron and Putin have a secret "road map" on Karabakh.So far, Moscow has not given the green light to the publication of this road map.Most likely, the dialogue with Baku on various issues continues.In any case, official Baku is also ready for "Plan B."Today, it is not accidental that the President said that Zangazur, Goycha and Yerevan are the historical lands of Azerbaijan.I think that in case of violation of the agreements reached on the Karabakh issue, we will declare in the context of the return of our historical Azerbaijani lands to Azerbaijan.If Armenia, Russia and France put pressure on Azerbaijan over Karabakh, if Armenia does not give up its claim to Karabakh, Azerbaijan will make a claim to our lands in the territory of the current Republic of Armenia.At the initial stage, there may be a unification of Zangazur between Nakhchivan and the main part of Azerbaijan. Armenia still does not agree to the issue of demarcation.In this case, our army can move towards Armenia from different directions, referring to the maps of the Ministry of Defense of the USSR.Armenia should not forget that if Putin's views on Ukraine are exaggerated by Baku in the Caucasus, then we can raise the issue of the return of our 114,000 square meters of territory when we joined the USSR.The territory of the Republic of Ararat was 9,000 square meters.After the collapse of the USSR, the territory of the Republic of Armenia was 29,000 square meters.If what Putin said applies to Armenia, then 20,000 square kilometers should be given to those who owned it before the establishment of the Soviets.In short, if Armenia and its supporters continue provocations with weapons against the Azerbaijani army, if they cross the red line on the status of Karabakh, we will launch Plan B.
E