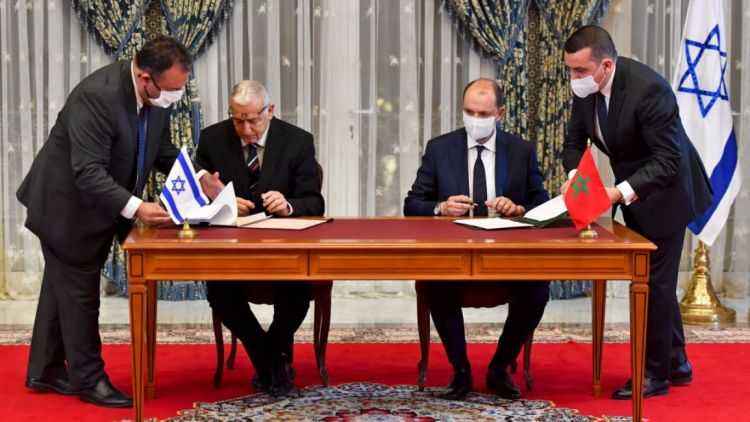 Morocco and Israel signed a new cybersecurity cooperation agreement, the Israeli National Cyber Directorate announced on Thursday.
The accord was signed in the Moroccan capital Rabat earlier this week by Yigal Unna, the director general of the Israeli Cyber Directorate, and General El-Mostafa Rabii, the head of Morocco's General Directorate of Information Systems Security.
Moroccan Defence Minister Abdelllatif Loudiyi was also present for the signing ceremony.
Morocco controversially agreed to normalise relations with Israel in December 2020.
The administration of former US President Donald Trump agreed to recognise Moroccan sovereignty over the disputed Western Sahara region in an apparent quid pro quo deal.
The Israeli Cyber Directorate said that the new cybersecurity cooperation agreement will allow for the establishment of cooperation in research, development and the sharing of information and knowledge.
Other Arab countries, such as Saudi Arabia and the UAE, have previously used Israeli software to spy on dissidents and hack their phones and computers, according to human rights organisations.
On Thursday, The Guardian reported that an Israeli software firm called Candiru was linked to fake websites purporting to be from Amnesty, Black Lives Matter, and other campaigns which were used to target activists.
Earlier this month, a Moroccan military plane carrying troops landed in an airbase in Israel in order to participate in a military exercise, according to Israeli media.
The first direct commercial flights between Tel Aviv and the Moroccan city of Marrakesh are due to start on July 19.