"The Iran-Georgia border issue should not be exaggerated" - Victor Kipiani
Read: 324

Azerbaijan, Turkey and Pakistan will continue to strengthen the partnership in defence and security - Ambassador
Read: 321

Georgia could be platform in Turkish-Armenian rapprochement - Expert
Read: 282 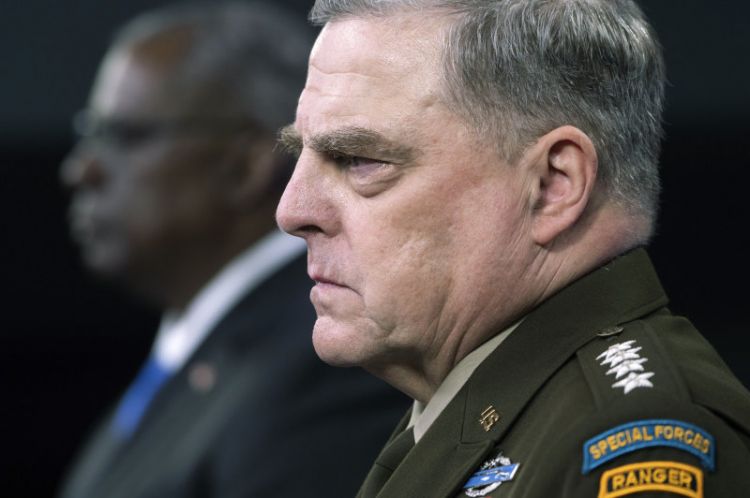 The US military’s top officer has offered a glum assessment of the security situation in Afghanistan, saying the Taliban had seized “strategic momentum” over Afghan military forces who were falling back to protect important cities, including the capital Kabul.
The comments by General Mark Milley, chairman of the Joint Chiefs of Staff, echoed mounting reports from the ground in Afghanistan. But his sober, almost clinical, account of recent Taliban gains hammered home the point.
“There’s a possibility of a complete Taliban takeover or the possibility of any number of other scenarios,” Milley said. “I don’t think the end game is yet written.”
The Taliban have taken control of more than 210 of Afghanistan’s roughly 420 districts in recent months, Milley told reporters at a Pentagon news conference. They are also pressuring half of the country’s 34 provincial centers and are aiming to isolate Kabul and other major cities, he said.
“Strategic momentum appears to be sort of with the Taliban,” he said. “There clearly is a narrative out there that the Taliban are winning. In fact, they are propagating an inevitable victory on their behalf.”
But Milley, who appeared alongside Defence Secretary Lloyd Austin in their first joint news conference since May 6, sought to reassure the Afghan government that the United States would continue to provide humanitarian and security assistance from afar. All US forces have left the country, except for about 650 troops assigned to guard the US Embassy and the Kabul airport.
Both Milley and Austin put responsibility for the country’s fate on Afghans and their leaders, not the Biden administration. Austin said that US air strikes after August 31, the military withdrawal deadline, would be reserved for al-Qaida and other terrorist targets, not Taliban fighters attacking Afghan forces.
“This is going to be a test now of the will and leadership of the Afghan people, the Afghan security forces and the government of Afghanistan,” Milley said.
In response to the Taliban offensives, hundreds of Afghan troops have surrendered, giving up their equipment and fleeing, sometimes into neighbouring countries. Afghan government counter-attacks have had limited success.
Milley said that many other Afghan troops were falling back to protect larger provincial cities. Violence has waned in the past few days with the beginning of the Muslim celebration of Eid al-Adha, he said, but the country could reach a turning point as fighting resumes.
An additional 4,000 Afghans who worked with US forces, many of them interpreters, were cleared to relocate to the United States with their families, State Department officials said on Wednesday (Thursday AEST)
But officials added that evacuations were only taking place out of Kabul - any eligible Afghans in remote areas were on their own in figuring out how to make the difficult, and likely dangerous, journey if they wanted to take advantage of the offer.
“In order to come on an evacuation flight, they would have to get themselves to Kabul,” a senior official, who requested anonymity in order to discuss the plan in detail, said on a call with reporters. “Obviously, we don’t have extensive US military presence. We don’t have the ability to provide transportation for them.”
RELATED ARTICLE
Girls head home from school in Kabul past a mural promoting voting for men and women.
Explainer
War
Miniskirts and mujahideen: how did Afghanistan come to be defined by war?
“If they’re staying in the north of the country and they don’t feel safe staying in Afghanistan, they could go to a neighbouring country” and finish their application process there, the official added.