Armenia must not forget the Second Karabakh War - President 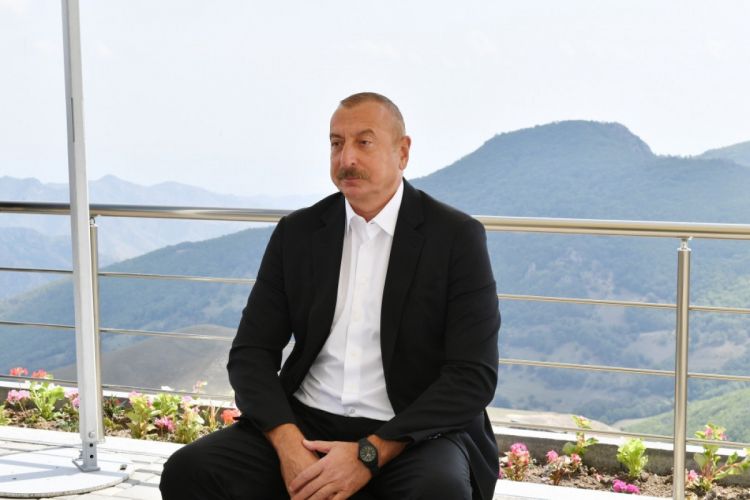 Armenia's disappointment will continue. Because it seems that they have not yet fully recovered from the war. Because some of their inappropriate statements and steps show that they still have to draw conclusions. They must not forget the Second Karabakh War. While in Yerevan, Charles Michel called the border areas disputed. Honestly, I do not agree with this statement. Because we believe that these are our territories. I think this is the territory of Zangazur. Zangazur is our ancestral land and we are in our territory.

Eurasia Diary reports that the President of Azerbaijan said this in an interview with Azerbaijan Television.

Noting that this issue was discussed during Charles Michel's visit to Azerbaijan, the head of state said: “I tried to explain that we have crossed our border. Why did we go out in May? Because the snow melted. It was snowing, two or three meters of snow. It was impossible to get there. After the snow melted, we went out, picked up the points we knew we needed, and settled there, where we get stronger and stronger. Therefore, Armenia, of course, is disappointed that they are still living in fantasies. They cannot reconcile with the realities of postwar. I think that the psychological factor also plays a role here. Probably, they need time to get used to the new reality from a psychological point of view. Because our victory destroyed all their ideological pillars. "

The President of Azerbaijan said that Armenians had been telling lies about themselves for 30 years. They tried to convince the world that they have a victorious army, an invincible army, the Armenian people are a warlike people, the Armenian army is the strongest army. "What happened?" We destroyed in 44 days. We have shown that the Azerbaijani people are a victorious people. We have shown that all their propaganda is a myth, a mythology. We have shown that in the First Karabakh War, they gained an advantage due to foreign support. It is no secret to anyone. Of course, I understand that it is not easy to understand this, to live with this reality, to get used to it. Therefore, we must take into account this psychological state. But at the same time, I must say that Armenia must not make the same mistakes. Because their inappropriate and unacceptable steps and statements cost them dearly. The Second Karabakh War showed it. Therefore, it is not necessary to shake the air in vain, "said President Ilham Aliyev.