China says ties with US in stalemate, face serious difficulties

Some Americans portray Beijing as 'imagined enemy,' Chinese official says at meeting with US deputy secretary of state 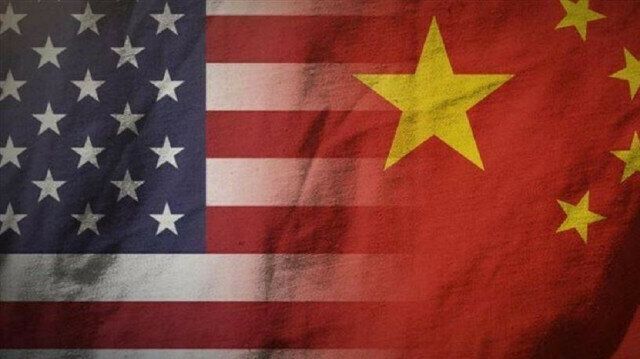 China on Monday said its relationship with the US is “now in a stalemate and faces serious difficulties,” blaming “domestic public discontent over political, economic and social issues” in the US for the impasse.
It is fundamentally because some Americans portray China as an “imagined enemy,” Chinese Vice Foreign Minister Xie Feng told visiting US Deputy Secretary of State Wendy Sherman during a high-level meeting in north China’s port city of Tianjin.
It is the first high-level in-person visit by an official from the Joe Biden administration to China. Sherman is on a two-day visit.
Xie alleged that by “demonizing China, the US could somehow shift” focus from its domestic issues.
“Some international scholars, including some US academics, perceive this as comparing China to Japan in the Second World War and the Soviet Union in the Cold War. It seems as if by making China an ‘imagined enemy,’ a national sense of purpose would be reignited in the US,” Xie said, according to a statement by the Chinese Foreign Ministry.
“It is as if when China's development is contained, all US domestic and external challenges would go away, and America would become great again and Pax Americana would continue to go on… It's as if the US side has nothing to talk about except about China. We urge the United States to change its highly misguided mindset and dangerous policy,” the Chinese deputy foreign minister told the US official.
The two sides are also expected to work out a possible summit between Chinese President Xi Jinping and his American counterpart Biden in the coming months.
Bilateral relations between China and the United States have deteriorated, particularly under the administration of former US President Donald Trump. Though early in March, the two sides broke the ice when their top diplomats met in Alaska.
It was followed by high-level phone calls between their trade representatives in May and June. The trade volume between the US and China currently stands at around $560 billion.