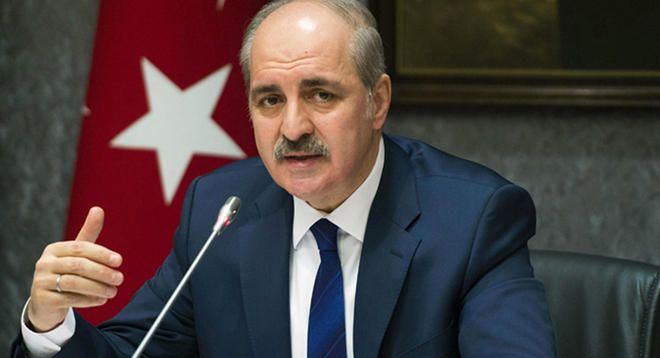 There are very good relations between the ruling parties of Turkey and Azerbaijan - the Justice and Development Party and the New Azerbaijan Party (NAP), First Deputy Chairman of the ruling Justice and Development Party of Turkey Numan Kurtulmus said, Trend reports.
Kurtulmus made the remark during his visit to Baku.
According to the official, the ruling parties will make attempts to develop ties between the two countries.
“Meetings and implementation of joint projects will continue. The rapprochement of the two ruling parties contributes to the further strengthening of interstate relations. We will promote cooperation in the economic, political, social, historical, and cultural spheres,” said Kurtulmush.
The first deputy chairman of the Turkish ruling party also said that there are many areas for strengthening ties between the two countries.