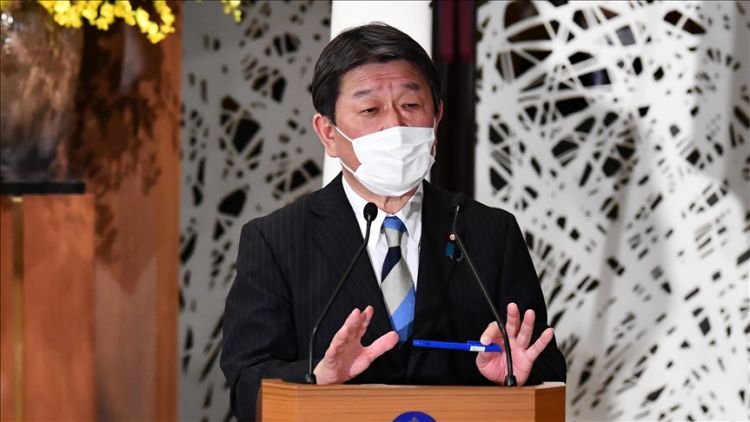 Japan has said that Russian Prime Minister Mikhail Mishustin's Monday visit to the disputed Etorofu island hurt "public sentiment of the Japanese people."
In a statement on Monday, Japanese Foreign Minister Toshimitsu Motegi said "this visit is extremely regrettable, as it is incompatible with the Government of Japan’s consistent position on the Northern Territories and hurts public sentiment of the Japanese people."
Motegi said the issue remains unresolved more than 70 years after the end of World War II, and Japan has been conducting negotiations on a peace treaty with Russia.
"At the Japan-Russia Summit Telephone Talk in September last year, the two leaders confirmed ... to “accelerate negotiations on the basis of the Japan-Soviet Joint Declaration of 1956."
Against such a backdrop, the statement added, the visit by the Russian prime minister "is unacceptable for Japan and it does not contribute to the Japan-Russia relations at all."
Under the declaration, after a peace treaty between the two rivals is reached, Shikotan and the Habomai islet group, two of the four disputed islands will be handed over to Japan.
Japan strongly urged the Russian side "to act in a constructive manner" for the future progress of the Japan-Russia relations, towards advancing the peace treaty negotiations, including the joint economic activities on the Four Northern Islands.
Moscow has been emphasizing that the islands were “legitimately acquired following Tokyo's surrender in the war,” and urges Tokyo to recognize it, which sees the takeover as “illegal.”