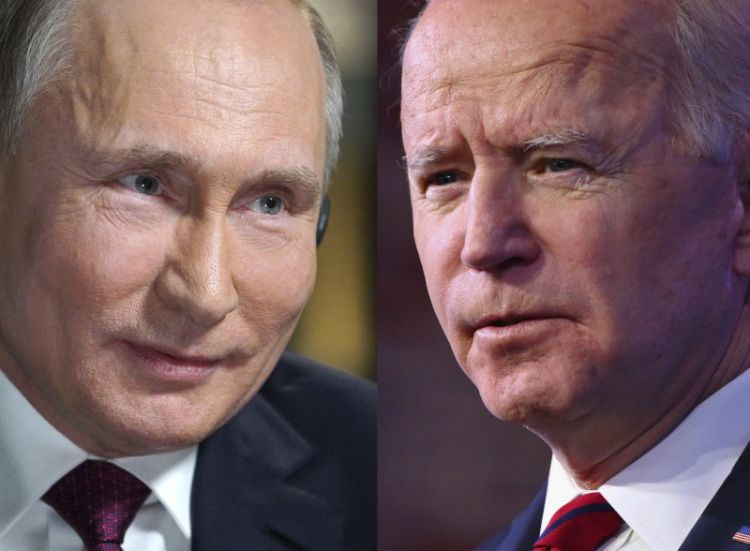 Roughly a month after Vladimir Putin and Joe Biden agreed on strategic dialogue during the landmark summit in Geneva, the US and Russian delegations are set to meet in the Swiss city to discuss strategic stability on 28 July.
The Russian delegation led by Deputy Foreign Minister Sergey Ryabkov arrived in Geneva on Tuesday. Before the consultations, the foreign ministry stressed that the sides would discuss issues of maintaining and strengthening strategic stability, as well as prospects for arms control. The State Department, in its turn, added that such a dialogue with Russia should lay the foundation for the future arms control regime and measures to reduce risks.
The US will be represented by Deputy Secretary of State Wendy Sherman. In addition, the American delegation will include Under Secretary for Arms Control and International Security Affairs Bonnie Jenkins.
SERIOUS CONSULTATIONS
There is every reason to believe that the upcoming consultations between Moscow and Washington will be serious, Nikolai Sokov, a senior fellow at the Vienna Center for Disarmament and Nonproliferation, told Sputnik.
"Both sides feel the need to do something tangible to stabilize the strategic relationship and revive arms control keeping in mind that New START, the last arms control agreement in effect, will expire in less than five years. I must note here that last consultations, in the summer of 2020 still under Trump, were serious, too, and promised progress, but the Trump team got too greedy and wanted too much, so talks failed. I am a bit more optimistic now," he told Sputnik.
In February, Washington officially extended New START, an agreement that limits each side's nuclear arsenal to 700 missiles, 800 launchers and 1,550 deployed warheads, until 5 February, 2026. The US decision to revive the treaty, which was sealed by then-presidents Barack Obama and Dmitry Medvedev, was welcomed by Russia.
The position of Moscow has not changed much as the country still calls for a "strategic equation," while the US stance remains unclear, according to Sokov.
"That said, I believe there is a greater chance that the US will agree to discuss missile defense and long-range conventional weapons. Unfortunately, this will be the result of Russian advances in both fields, not because the US has accepted the logic of the Russian position. That is, arms racing keeps driving arms control, as was the case during the Cold War. I think that it is pretty certain that the US will also seek to capitalize on the success of the previous administration and raise a freeze on nuclear warhead stockpiles, to which Russia agreed in the fall of 2020 (without verification, though). Russia objects to that, so something else to discuss," he said.
Much will depend on the format of the meeting — whether the sides will have only one or two days of talks or agree on the working process and permanent meeting, Sokov added.
"I also hope – not without reason – that they will ultimately seek to agree on a framework of full-scale negotiations which begin soon, hopefully at the end of this year or perhaps early next year," the expert concluded.
Meanwhile, Joshua Pollack, a senior research associate at the Middlebury Institute of International Studies in Monterey, California, doubts that much should be expected from the upcoming talks.
"It's an opportunity to exchange views, not to conclude an agreement. The State Department's announcement indicates as much," he said.
Miles Pomper, a senior fellow at the Washington DC office of the Middlebury Institute's James Martin Center for Nonproliferation Studies, expressed hope that there will be some progress, noting that "if there is it probably won't be visible."
"At this point, the delegations can be expected to begin work on defining an agenda for strategic stability discussions and defining what might be included in possible negotiations over a New START agreement. The fact that they are meeting is an achievement in itself," he added.